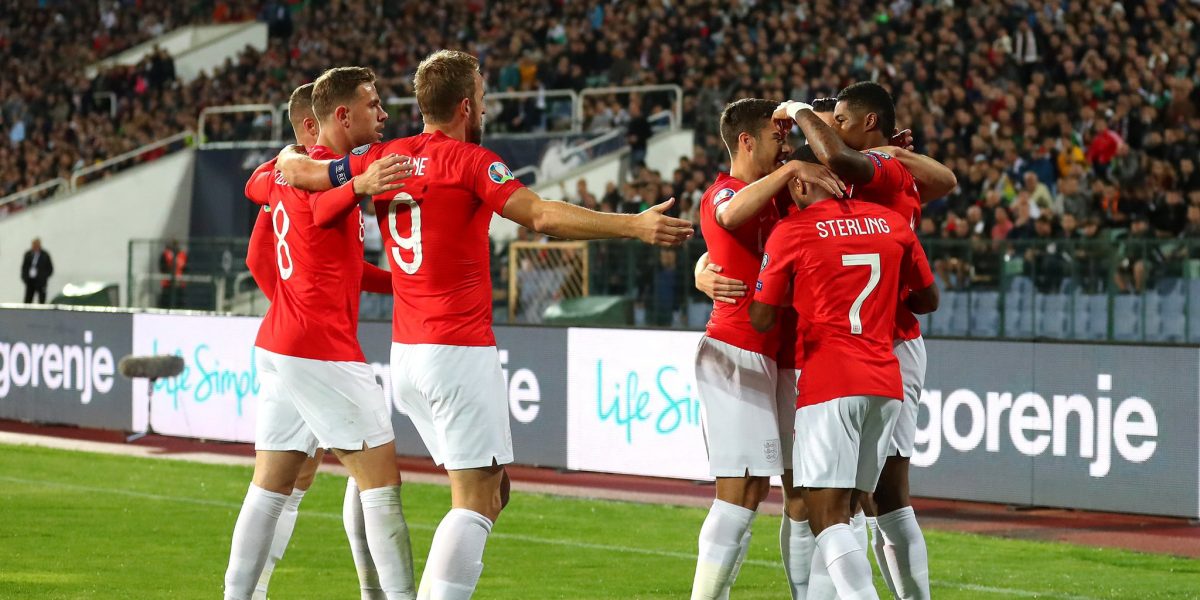 England’s national team players have spoken out against racism after some black players were racially abused in the 6-0 win over Bulgaria on Monday night.

England’s Euro 2020 qualifier in Bulgaria was halted twice, in the 28th and 43rd minute, as fans were warned about racist behaviour including Nazi salutes and monkey chanting. Writing on Twitter after the match, some English players said:

Harry Kane: Great performance and I’m proud of the togetherness we showed in some disgraceful circumstances. Racism has no place in society or football. It needs stamping out for good. Also a massive congrats to @OfficialTM_3 on a great debut

Responding to a report by BBC that Bulgaria’s coach, Krasimir Balakov has accused England of having a bigger racism problem than his own country, England winger Raheem Sterling wrote: “Mmmmh … Not sure about this one” chief.

Harry Maguire: The best way to bounce back. Proud of the team. There’s no place in football for that – disgraceful behaviour. Something must be done. @England

Not an easy situation to play in and not one which should be happening in 2019. Proud we rose above it to take three points but this needs stamping out.

Thankful to the brilliant England support. You got behind us in the most meaningful way possible tonight and we are all very grateful. Have a safe journey home and take care.

Also been told what the Bulgaria captain did at half-time. To stand alone and do the right thing takes courage and acts like that shouldn’t go unnoticed. #NoToRacism