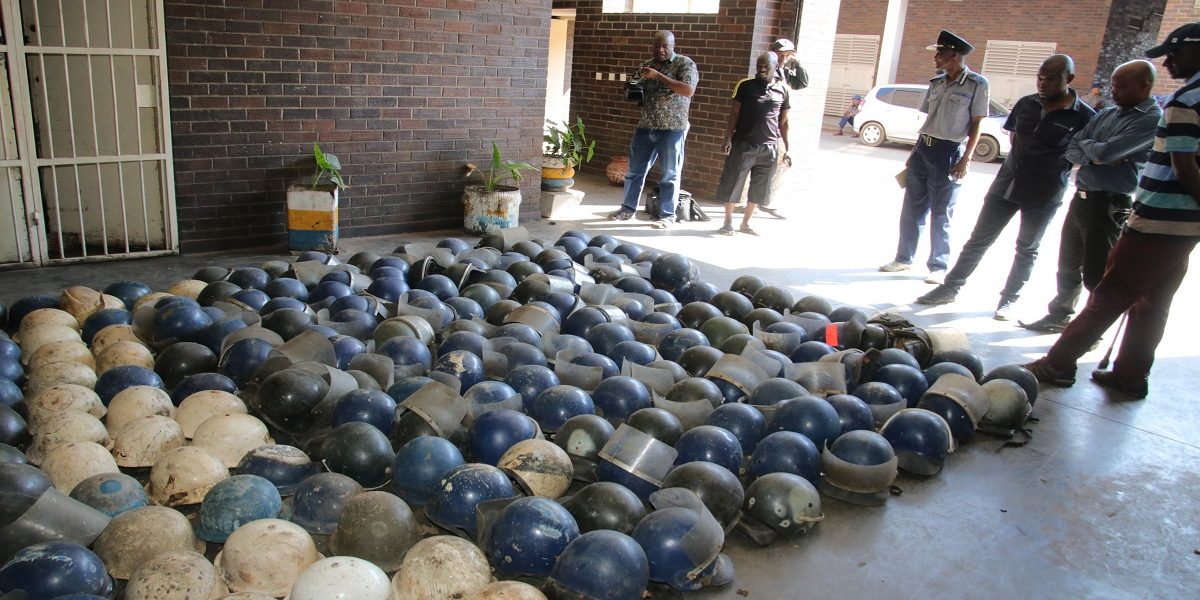 David Coltart, the former Education Minister (during GNU era) who is also the treasurer-general of the opposition MDC has posted on twitter saying that there are allegations saying that the police helmets which were recently discovered were bought from the ZRP at an auction. See Coltart twitter thread below.

It has been alleged that the owner of the helmets is a man called Mitchel Chibwe. His company – so it is alleged – lawfully bought them at an auction conducted by ABC Auctioneers wanting to start a security company. It is alleged the ZRP instructed ABC auctioneers to sell them.

Analysts had earlier spoken saying that the helmets saga was being used as a false excuse to block MDC intended demonstrations over the deteriorating state of affairs.

The State in August this year blocked all MDC demonstrations saying that the police had discovered concrete evidence to suggest that the demonstrations would inevitably be violent.