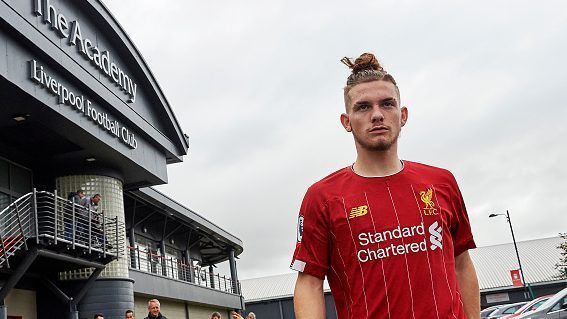 Liverpool’s 16-year-old forward, Harvey Elliot, has been banned from domestic club football for a period of 14 days and ordered to pay a fine of £350 by the Football Association (FA) after he appeared in a video mocking Tottenham Hotspur striker Harry Kane.

In a statement, the FA said Elliot will be suspended until October 24 and has to undergo a “face-to-face education course”. The statement reads:

Harvey Elliott has been suspended from playing in all domestic club football for a period of 14 days, running up to and including 24 October 2019, after admitting a breach of FA Rule E3 in relation to a video posted on social media and providing a public apology.

Language and/or behaviour in the video breached FA Rule E3(1), as it was abusive and/or insulting, and constituted an ‘Aggravated Breach’, which is defined in FA Rule E3(2), as it included a reference to a disability.

The Liverpool youngster posted the video on Snapchat which he recorded while he was still a Fulham player.

Elliot would later apologise to Kane for his actions in an update on Instagram.