Teachers at St Marnocks Primary School located in Norton have been ordered to vacate the farmhouses they have been occupying for the past five years by Mrs Agatha Kunonga.

In a letter addressed to the school headteacher, a Mr Minizhu, the teachers were told to have moved out by 31st October 2019. The letter reads in part:

RE: FARM HOUSES OCCUPIED BY THE TEACHERS

I write to inform that we, as farm holders, are now in need of the farmworkers compound houses that your teachers have been occupying since 2014.

We are desperately in need of those farmworkers compound houses. We are expecting that your teachers will have moved by 31st October 2019.

In February this year, Progressive Teachers’ Union of Zimbabwe Secretary-general Raymond Majongwe and his team visited the school to ascertain the state of affairs at the institution and were ordered out of the compound by a controversial former Anglican priest, Reverend Nolbert Kunonga. 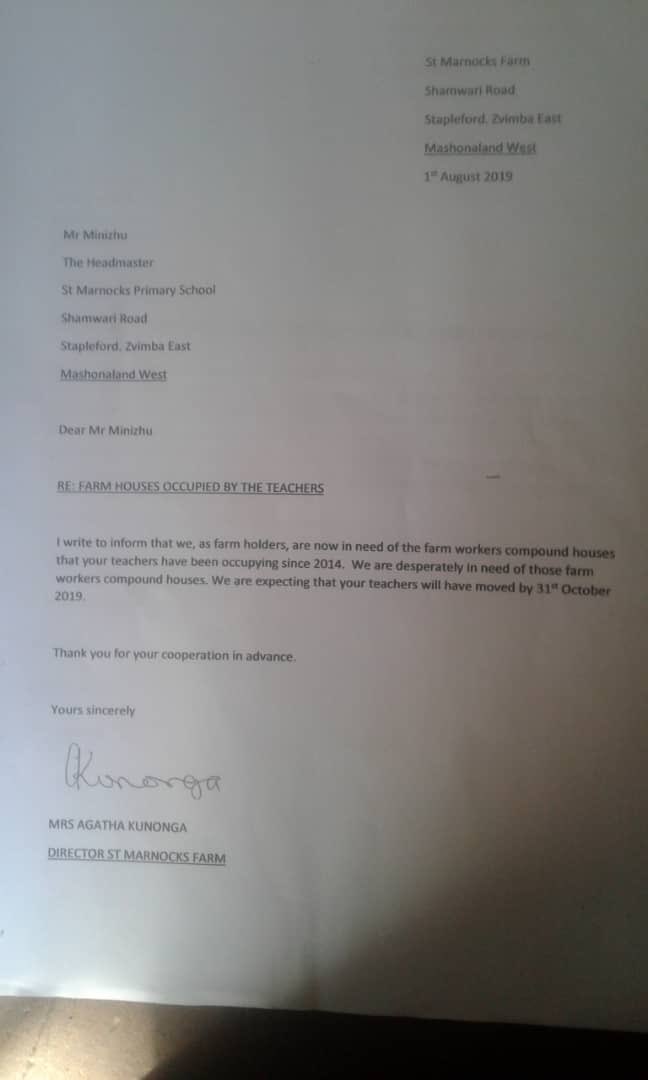