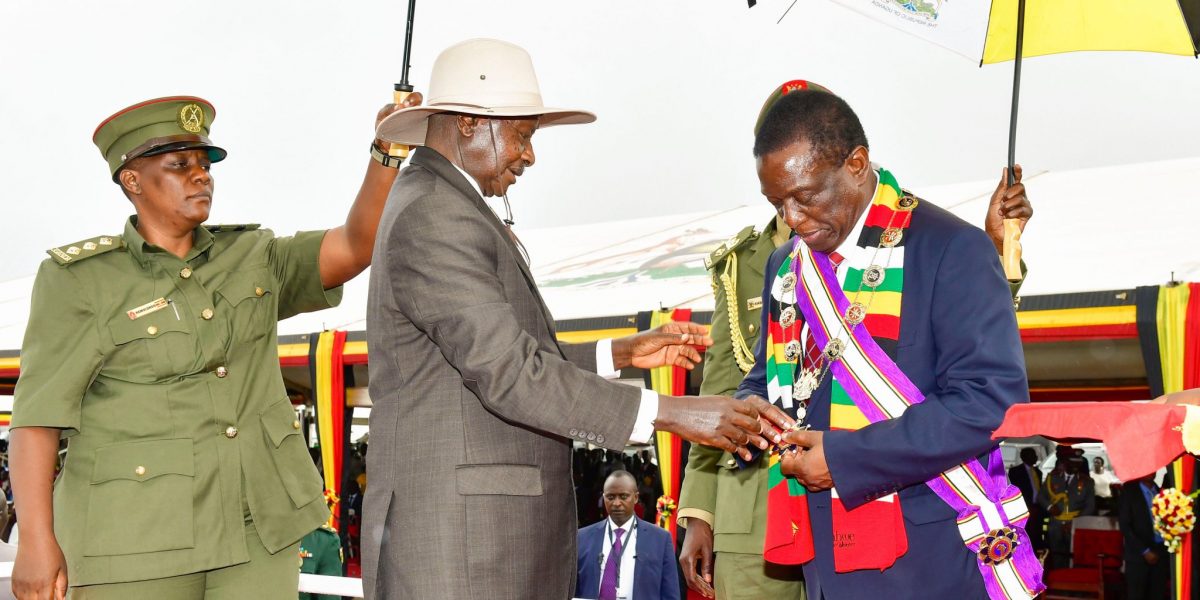 President Emmerson Emmerson is in Lyon, France where he is set to attend the 6th replenishment conference which seeks to raise US$14 billion in the fight against HIV, tuberculosis and malaria.

According to ZBC News, the conference is being hosted by French President Emmanuel Macron and it brings together heads of states, civil society, CEOs, global health leaders.

President Mnangagwa was in Uganda yesterday where he attended the country’s 57th Independence Anniversary. He was on Wednesday awarded Uganda’s highest honour, the Most Excellent Order of the Pearl of Africa, the Grand Master, by his counterpart President Yoweri Museveni.

2 comments on “ED Arrives In France For Global Health Conference”