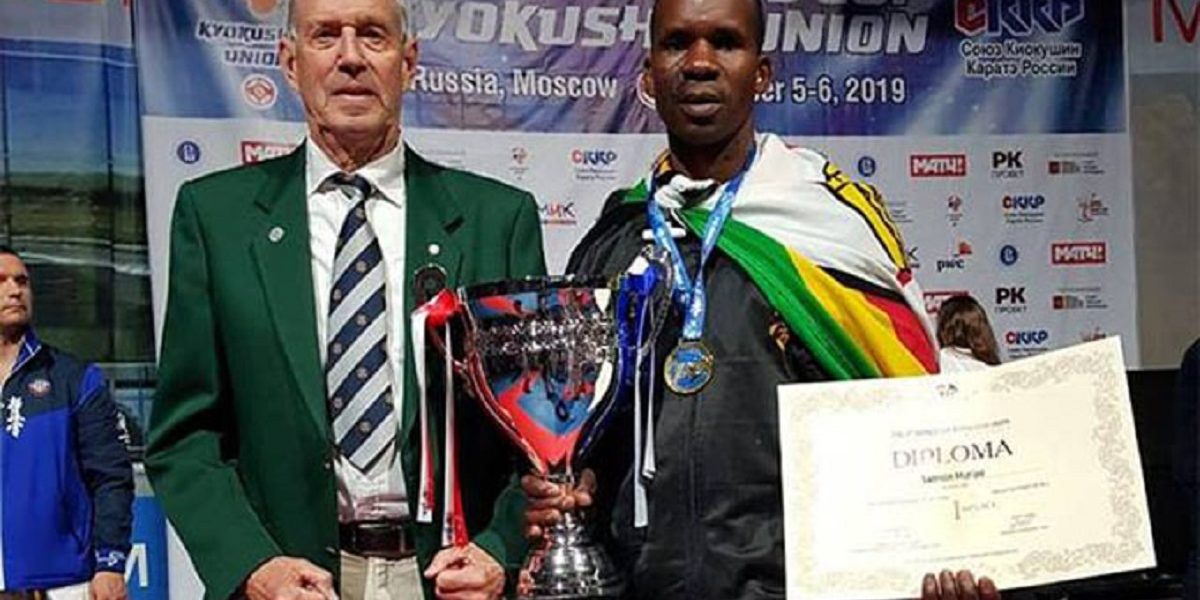 Shihan Samson Muripo has said that he fought in the Kyokushin Karate World Cup championship held in Moscow Russia for his late father.

Muripo received news that his father had passed on when he was already in Russia. He said he was strengthened by close friends and family to proceed and compete despite the sad loss. He said:

All glory to God, the Maker of this mortal, who is my strength all the time.

At first I thought I wouldn’t take part because it pained me so much, but through encouragement from Hanshi Bastiaan Lindert van Stenis and people who were in constant touch with me, karatekas, family members and friends, I had to do it for my father.

I can say pressure makes diamonds. I fought for him.

Muripo who was crowned the champion in the Veterans Open Category became the first African to win gold at a Karate World Cup in 2009 in the middleweight level.

His latest win on Sunday makes him the most decorated African karateka with two gold medals and a silver (2011).