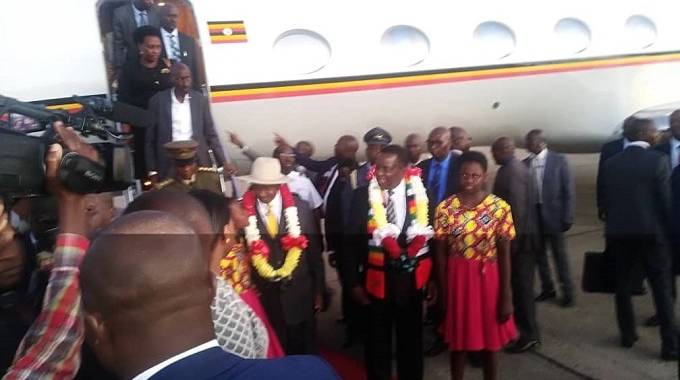 The President of Zimbabwe is in Uganda where he, this afternoon, was unveiled as the country’s Independence day celebrations’ guest speaker ZBC news reports. While at it the president was conferred with Most Excellent Order of the Pearl of Africa medal, the Grand Master by Uganda’s President Yoweri Museveni.

President Emmerson Mnangagwa has been given the highest honor bestowed on any foreign leader, the Most Excellent Order of the Pearl of Africa in Sironko, Uganda, where he was the guest of honour at the country’s 57th independence anniversary.

Uganda gained its 1962. According to Wikipedia:

The Most Excellent Order of the Pearl of Africa (Swahili: Nishani Ubora wa Lulu ya Afrika) is the highest civilian award of the Ugandan honours system and is awarded to heads of state and government leaders.