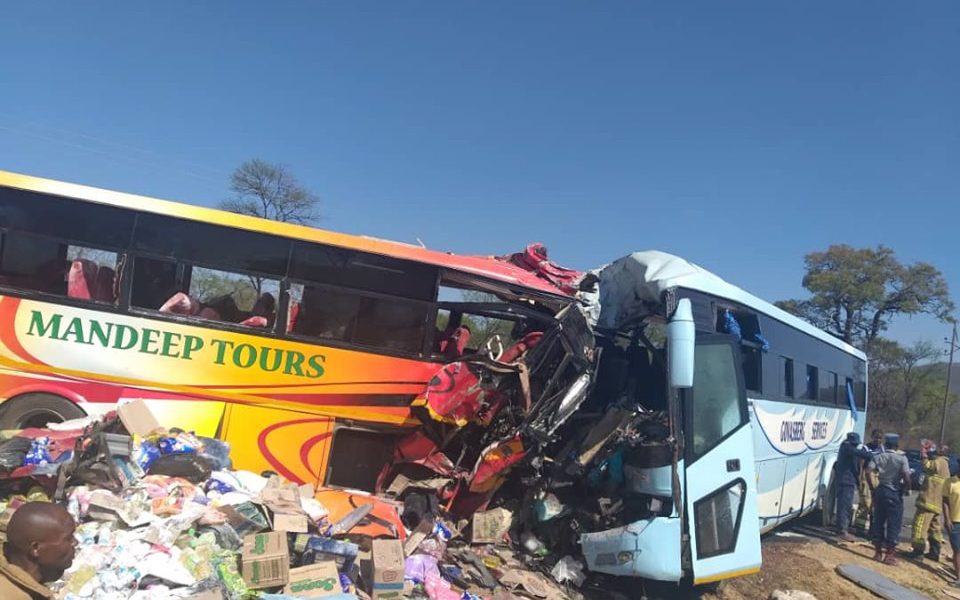 The nation at large and the Kwekwe community in particular yet again witnessed a horrific and fatal road traffic accident in the morning of Sunday 6 October 2019.

The accident which authorities have so far confirmed to have resulted in more than 10 fatalities with hospital authorities fearing more deaths could be recorded due to the ongoing challenges in the medical fraternity where there are no doctors, no medication and staff morale is at its lowest because of the government’s failure to address genuine grievances raised by medical staff.

The accident was as a result of a head-on collision which occurred along the Harare- Bulawayo at the 267km peg towards Bulawayo, some 20km outside Kwekwe.

The carnage is one of the many road traffic accidents in the public transport sector that have claimed so many lives in recent times.

The MDC continues to bemoan the narrow state of our highways which increases the risk of head-on and side-swipe accidents.

The MDC remains worried at the continuous misuse of government funding in other non-essential areas like foreign trips by the executive yet such funds could help speed up the dualisation of our highways.

The unaccountability of public funds by ZINARA remains the main reason behind the government’s failure to provide for safe highways that preserve life and property.

As part of our SMART transport policy, MDC parliamentarians have moved for the adoption of the Road Traffic Accident Victims Compensation Fund, which fund is supposed to genuinely assist all victims of road traffic accidents.

It is sad that while Parliamentarians across the political divide have agreed to this motion, the government, despite twice committing to implement the same, continues to be lethargic while lives are being lost without any compensation being dispensed.

The fund is supposed to be supported from a percentage of road licence fees as well as a percentage from Road Insurance without passing the cost to road users.

The debate can ensue on the funding model but the principle as agreed to in Parliament is that victims of all road accidents must get compensation including taking care of the welfare of the bereaved, especially children.

The MDC pays its heartfelt condolences to the bereaved families. We wish all those injured in this latest tragedy a speedy recovery.