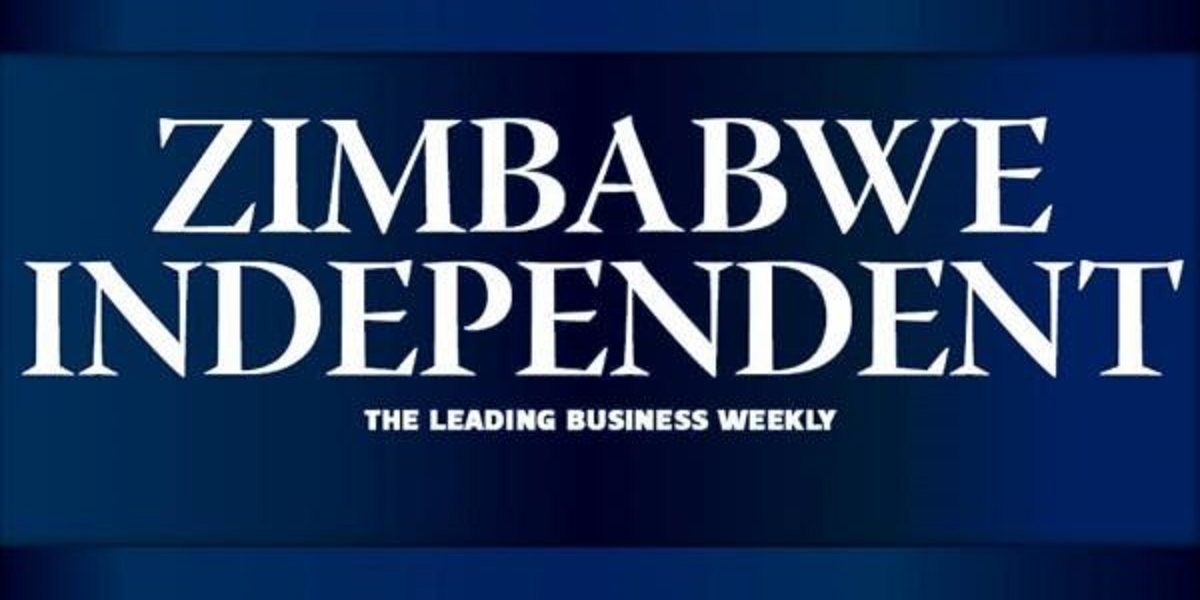 Dumisani Muleya, Chief editor at Zimbabwe Independent has announced his resignation. Read the full text below:

IT is now time for change. Change at the helm of the Zimbabwe Independent — the leading investigative newspaper in the market — and, indeed, by extrapolation change in my life.

Change is the only constant in life. After more than 20 years in journalism — eight of them as editor — it is time to say goodbye to multitudes of audiences, our real masters, from the editorial helm of the Independent and Alpha Media Holdings (AMH), also publishers of NewsDay and The Standard, where I’m currently chief content officer; editor-in-chief.

It has really been a breath-taking run, but it’s time to move on. Hold on, not so fast. I’m still in charge for about a month.

AMH publisher Trevor Ncube says he wants to change things around, a good move, but, of course, it depends on the form, content and character of that change. He says I should assume a new role as editor-at-large in charge of group investigations.

I was previously appointed to a similar position in 2010, albeit in different circumstances. But events moved fast and I found myself serving in other top capacities.

Shortly before that, I had been appointed editor of The Standard, but didn’t take the offer to continue investigating and writing — my real passion. I only became editor of the Independent in 2012 after some urging, having given way to a colleague to take charge two years earlier.

The Independent has had five substantive editors in its illustrious 22-year history. I was fortunate to preside over its 20th anniversary three years ago, a milestone given the paper’s feats and difficulties it had to overcome in a repressive political and volatile economic environment.

Having arrived at the Independent a year after it started and rising through the ranks to the top, it has been a dramatic journey. We worked with some of the best journalists around.

I have also written for some good papers like Business Day, Mail & Guardian and Sunday Times in South Africa, including overseas media platforms. I relished every bit of it.

For me, it was about passion, ground-breaking and paradigm shifting reporting with huge public and societal impact, less about reward. This applies to many journalists, hence their spartan lifestyles or existence. Only the corrupt ones are thriving.

The main objective of journalism should be serving the public interest. It should never be prostituted for self-serving ends, be they political or commercial interests; or indeed the whims of publishers, editors’ caprices and readers’ worst instincts.

From running around ferreting for stories — some of them big and award-winning — to covering politics, business and political economy issues, and investigations, it has been a challenging enterprise; a terrific rollercoaster.

We also focussed on abuse of office and public resources, and corruption in a bid to hold the powerful to account — secrecy is the fulcrum of unaccountable power and venality.

In the process, there were great moments, getting recognition, serving the public good and building an innovative media institution. There were also pitfalls navigating the explosive political minefield and sailing across technological upheavals from the typewriters/telex/fax, to computer/internet and now smartphone/social media eras.

Although a lot has changed, there is still lack of pluralism, diversity and innovation in local media, especially in broadcasting, hence the need for comprehensive reforms.

We also endured pain; subjected to pressure and many arrests for doing our job.The Independent, which rescued independent and investigative reporting in Zimbabwe, carved out a niche for quality, progressive and insightful journalism — a marketplace for ideas.

I hope it will remain rooted in the same values and editorial policy in this quicksand political environment and rapid changes unfolding due to far-reaching disruptions by the digital revolution, with irrevocably evolving business models.

Credibility is the paper’s trademark and currency. But in the end, editors — and even publishers — come and go; only audiences, the real journalism torch-bearers, remain. 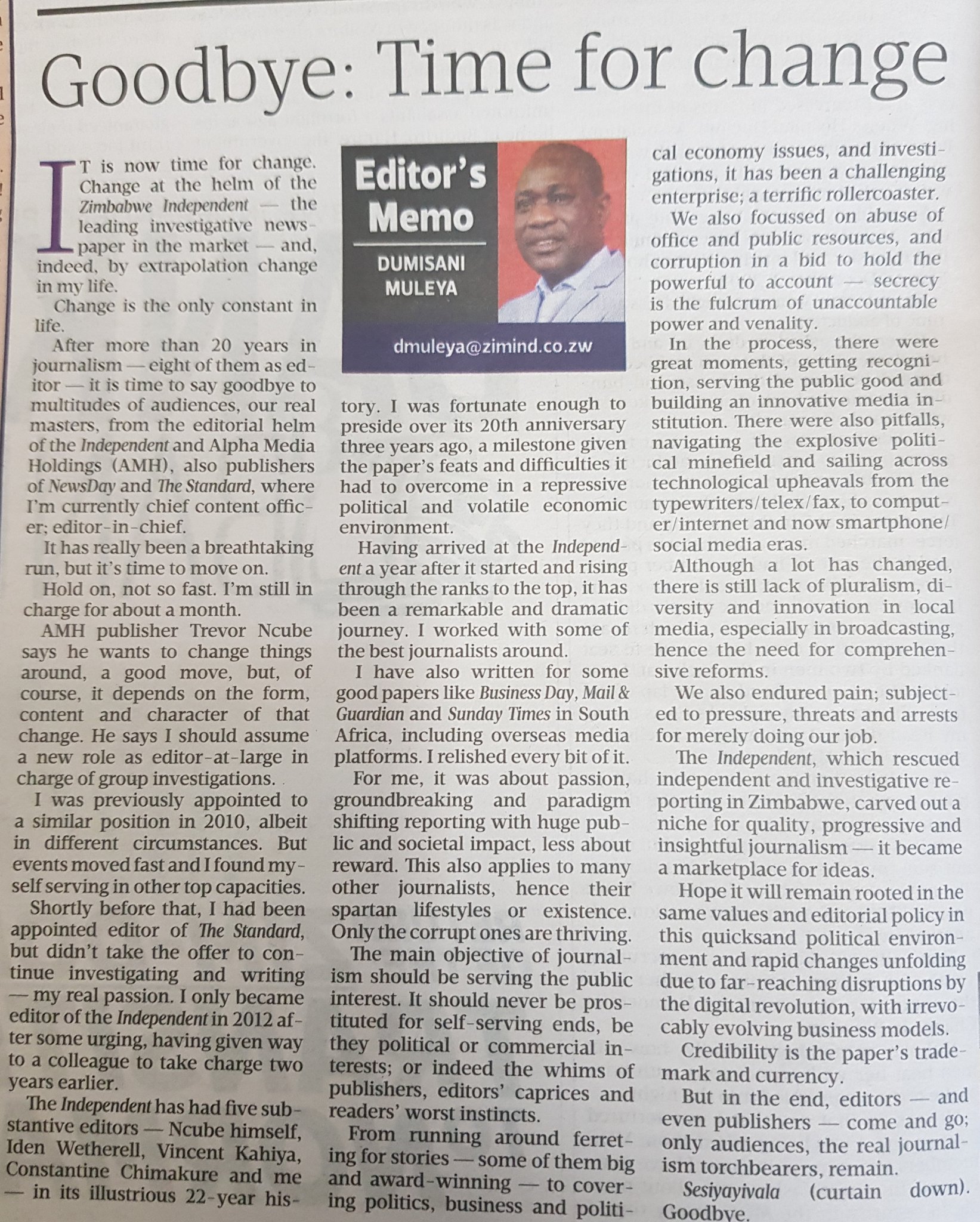