Health Minister, Dr Obadiah Moyo has issued a statement in which he called striking doctors to report for duty on Monday morning. He said failure to report for duty will be a breach of contract which attracts disciplinary action.

The statement comes after doctors rejected the 60% allowance increase which the government had offered saying it was insignificant considering the inflationary state of the economy.

We present below the statement in full. 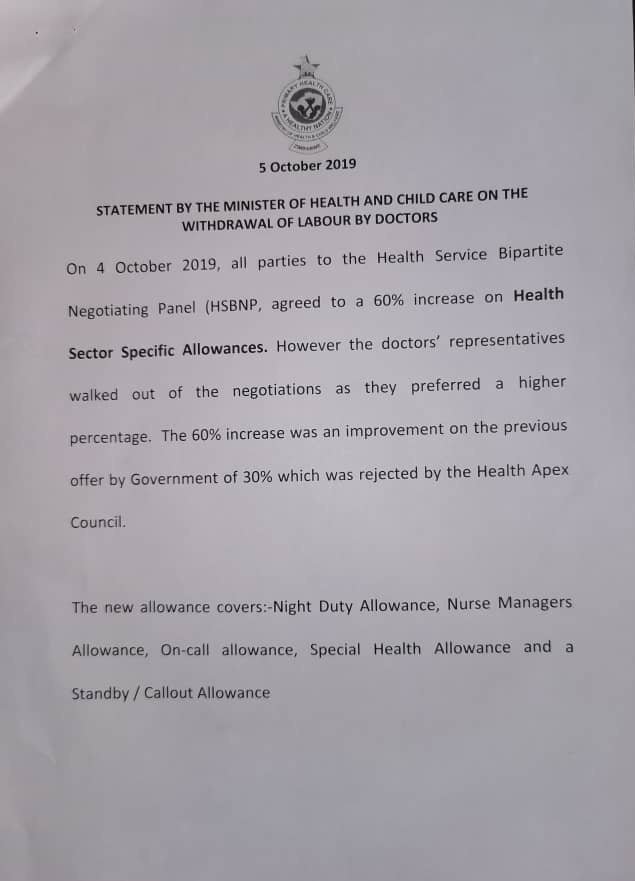 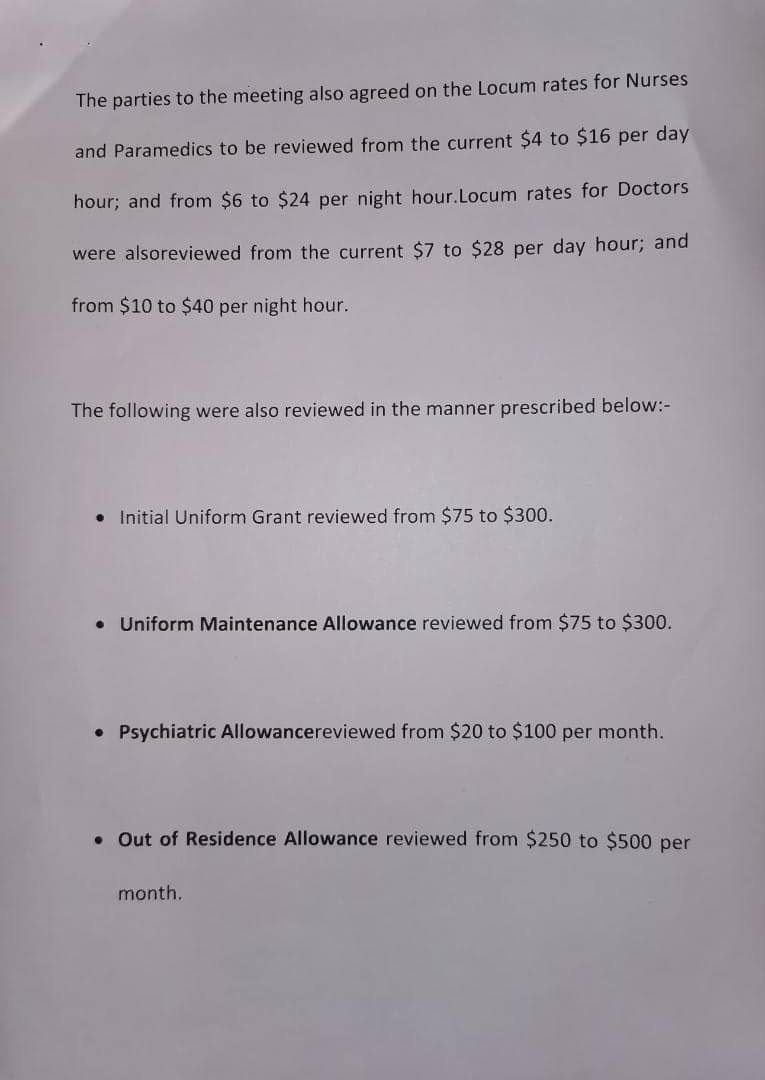 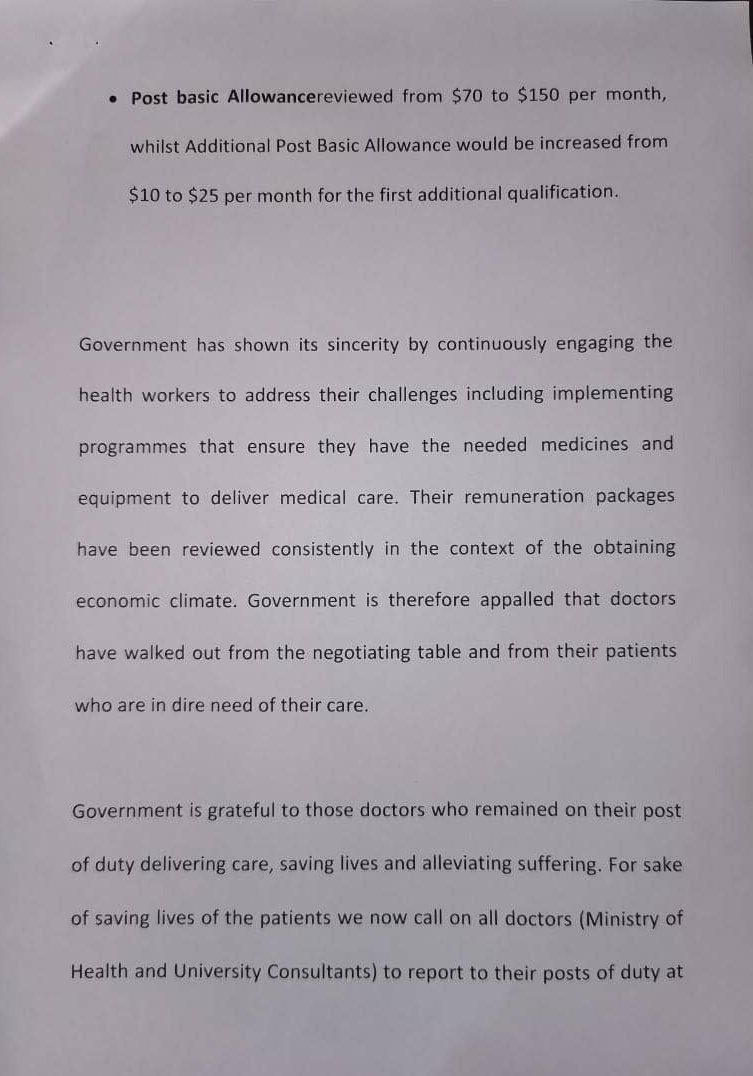 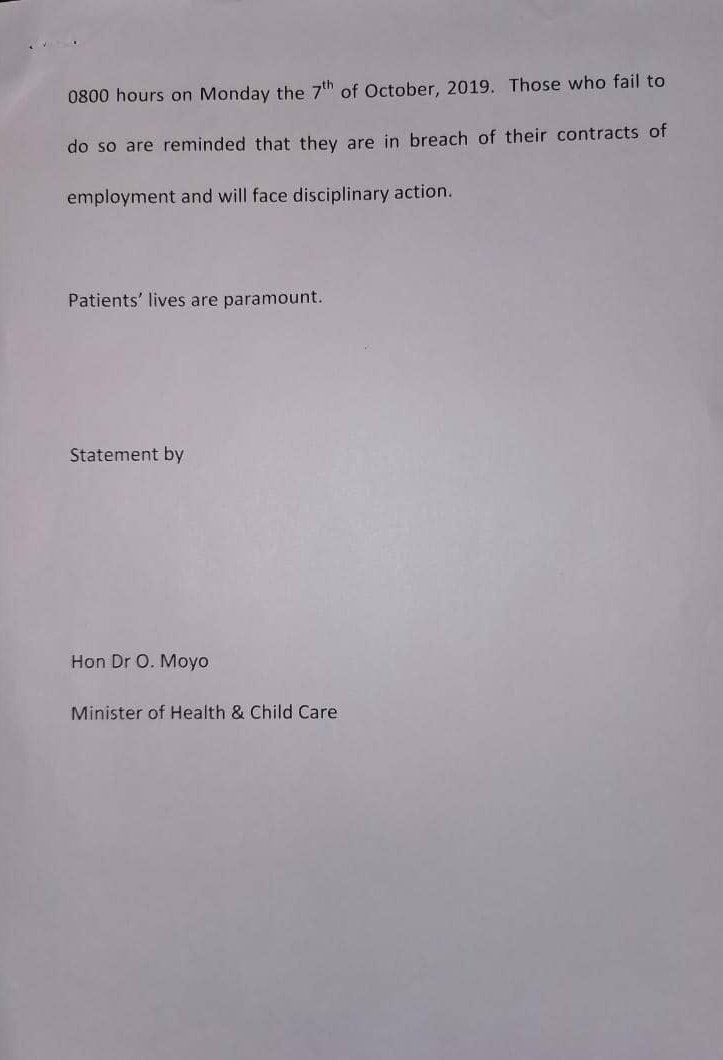