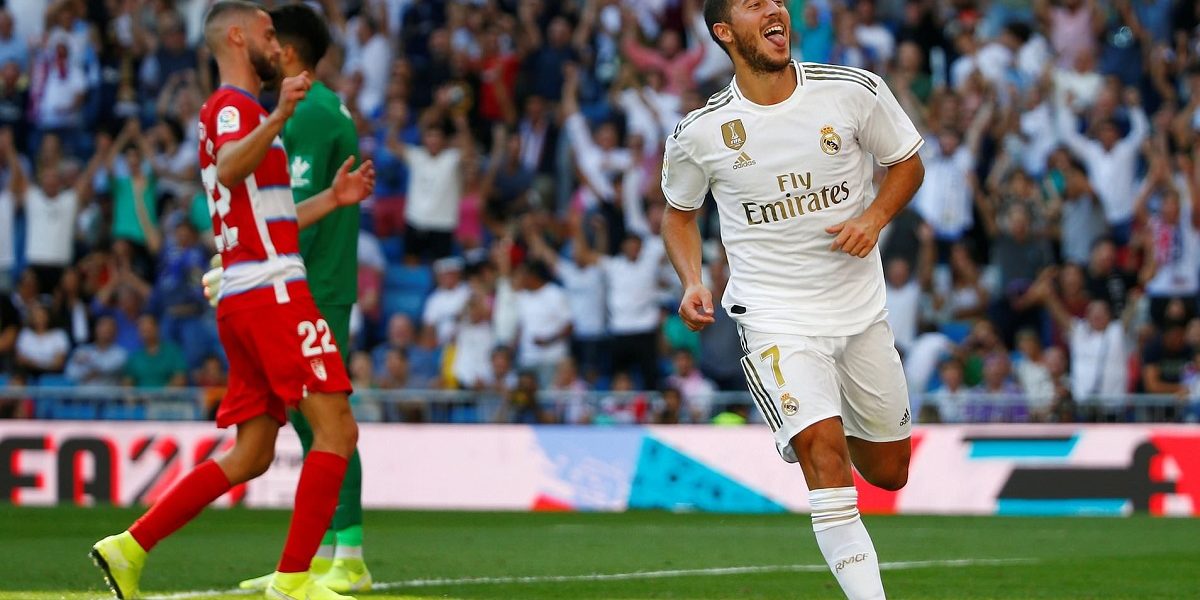 Former Chelsea playmaker, Eden Hazard has finally scored a Laliga goal for his new team, Real Madrid when they played Granada this Saturday at Santiago Bernabeu.

Hazard had recently received criticism over his failure to replicate his form, he was failing to live up to expectations.

Expectations were high when the Belgian international came to Santiago Bernabeu, as witnessed by huge number of supporters who came when he was unveiled. The number was only smaller than that of Kak’a and Cristiano Ronaldo.

The legendary jersey number 7 which he was given also made analysts to expect him to do better. Number 7 was once Portugal legends, Raul and Cristiano Ronaldo’s jersey.

One Comment on “Eden Hazard Finally Scores For Real Madrid”