Interbank rates have been going up since the introduction of Statutory Instrument 142 of 2019 indicating that the local currency has bee losing value against the United States Dollar.

The following rates are the average interbank exchange rates from several commercial banks for today as compiled by ZFN. 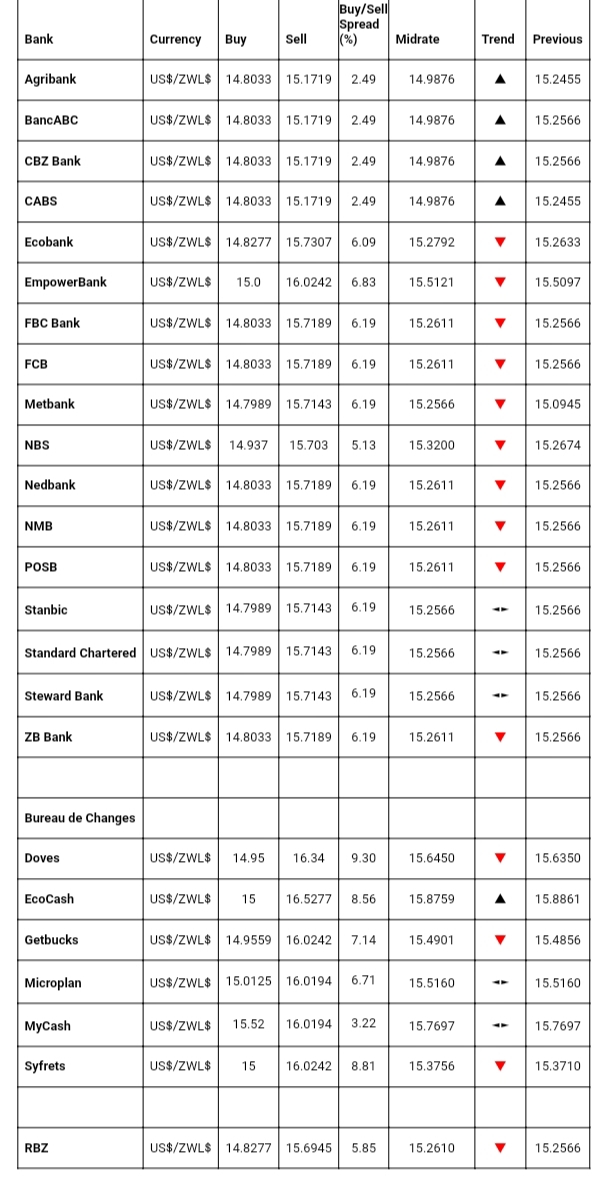