Patrick Zhuwao, the nephew of the late former president of Zimbabwe, Robert Mugabe has written a letter to Julius Sello Malema, the leader of South Africa’s Economic Freedom Fighters apologising on behalf of President Mnangagwa. Zhuwao says that the way in which Malema was treated when he came to pay his last respects to Zimbabwe’s founding father was not acceptable. See the letter below.

I write to you with a profound sense of shame proffering my most sincere apologies for the deplorable manner in which your kind gesture of honouring the legacy of the late revolutionary icon, President Robert Gabriel Mugabe has been maligned and abused by Emmerson Mnangagwa’s regime. As a Zimbabwean, I feel obligated to apologise and take responsibility for the bad behaviour of Mnangagwa and his band since they are my compatriots.

The objective of the abuse and disparagement is to deflect attention from how Mnangagwa’s regime and its associated entities hounded and tormented President Mugabe into his death in exile. Mnangagwa has tried to bully and threaten President Mugabe’s family into burying him at Heroes Acre. He failed. After failing, Mnangagwa continues on a programme of retribution against President Mugabe’s widow and family. They have set illegal panners onto the family farm.

It is appalling that the Mnangagwa government owned and controlled Sunday Mail newspaper has been consistently abusing you for honouring the memory of President Mugabe. Mnangagwa’s media is pushing a blatantly false narrative that President Mugabe anointed Honourable Saviour Kasukuwere for president in a bid to downplay President Mugabe’s respect for democratically electing leaders. These narratives are then taken on by state-run social media ghost accounts that seek to further undermine President Mugabe by stoking tribalism.

It is also unfortunate that some individuals have also given hostage to fortune by injudiciously seeking to publicise the so-called Zimbabwe Generation 40 political party as being associated with some of us who are labelled as G40 stalwarts. Whilst I acknowledge that individuals have a right to harbouring and furthering their own personal political ambitions, I also have a right to dissociate myself from such ambitions as I hereby do. Apart from which, I am still mourning and grieving for my uncle, President Robert Gabriel Mugabe, to engage myself in such political shenanigans. 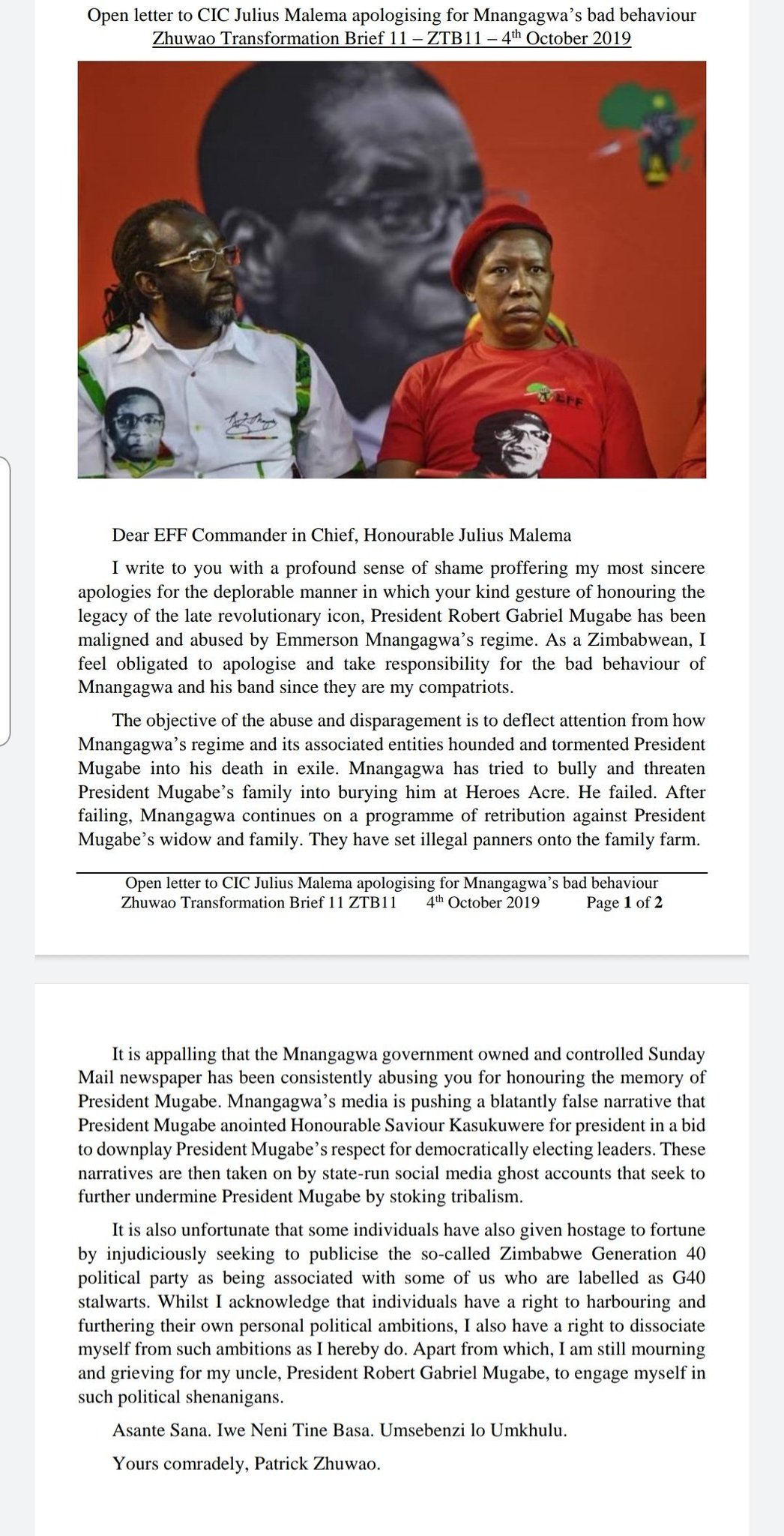