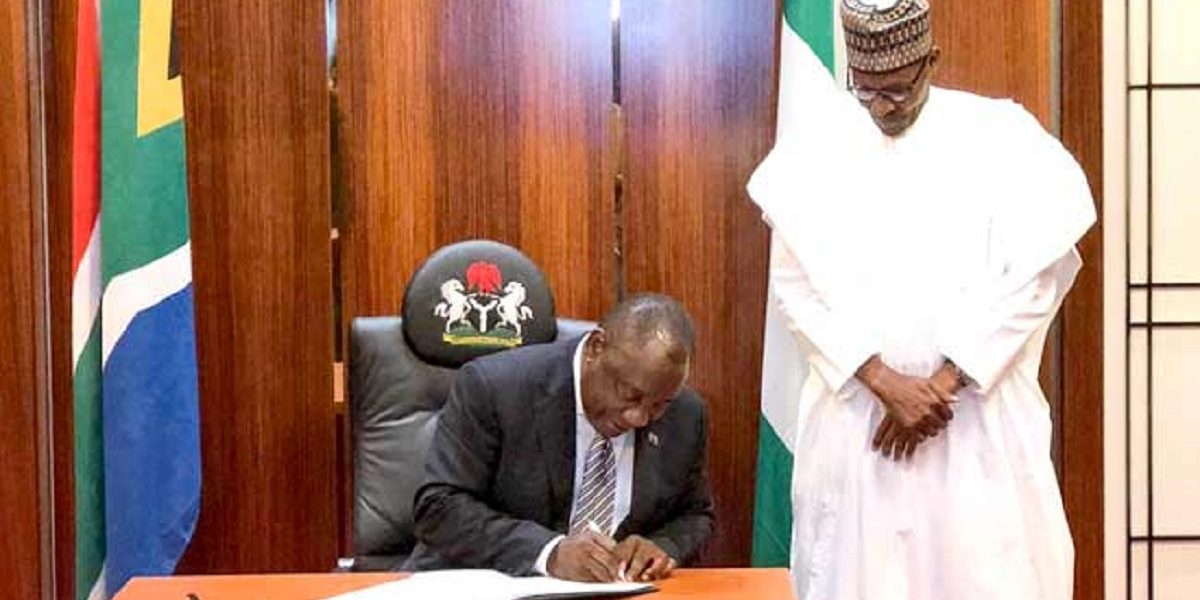 Nigeria President, Muhammadu Buhari on Thursday 3 October met with Cyril Ramaphosa, South Africa president over violent attacks targeting foreign nationals that broke out in South Africa over a month ago.

Nigerian nationals are believed to be among the most affected groups as their shops and trucks were burnt to ashes by angry local nationals who were demanding for the departure of foreigners, particularly Africans.

The violence attracted public outrage with some countries including Nigeria reportedly calling for the closure of businesses owned by South Africa or South Africa nationals in their countries.

Analysts have said that the attacks, described as Afrophobic as they targeted those of African origins, will have a huge adverse impact on trade among African states if they were left unabated.

Buhari’s visit comes after Ramaphosa has sent delegations to countries with most affected citizens to mend relations.