The government has said that Mr Eddie Cross does not speak on behalf of the government, therefore, his claims that there will be a new currency by November are his personal views. Below is the government’s statement on the matter.

We have received a lot of Media Enquiries regarding the pronouncements by Mr Eddie Cross on Currency Reforms. Mr E. Cross pronounced that Zimbabwe will be introducing a new currency in November 2019. We would like to make it clear that Mr E. Cross does not speak for the Government of Zimbabwe. Neither does he speak for the Reserve Bank of Zimbabwe (RBZ). His views are personal and not indicative of Government’s policy thrust. The Reserve Bank will regularly inject money into the economy in a measured and responsible way. Government will continue to give the nation updates on currency reform as and when necessary. 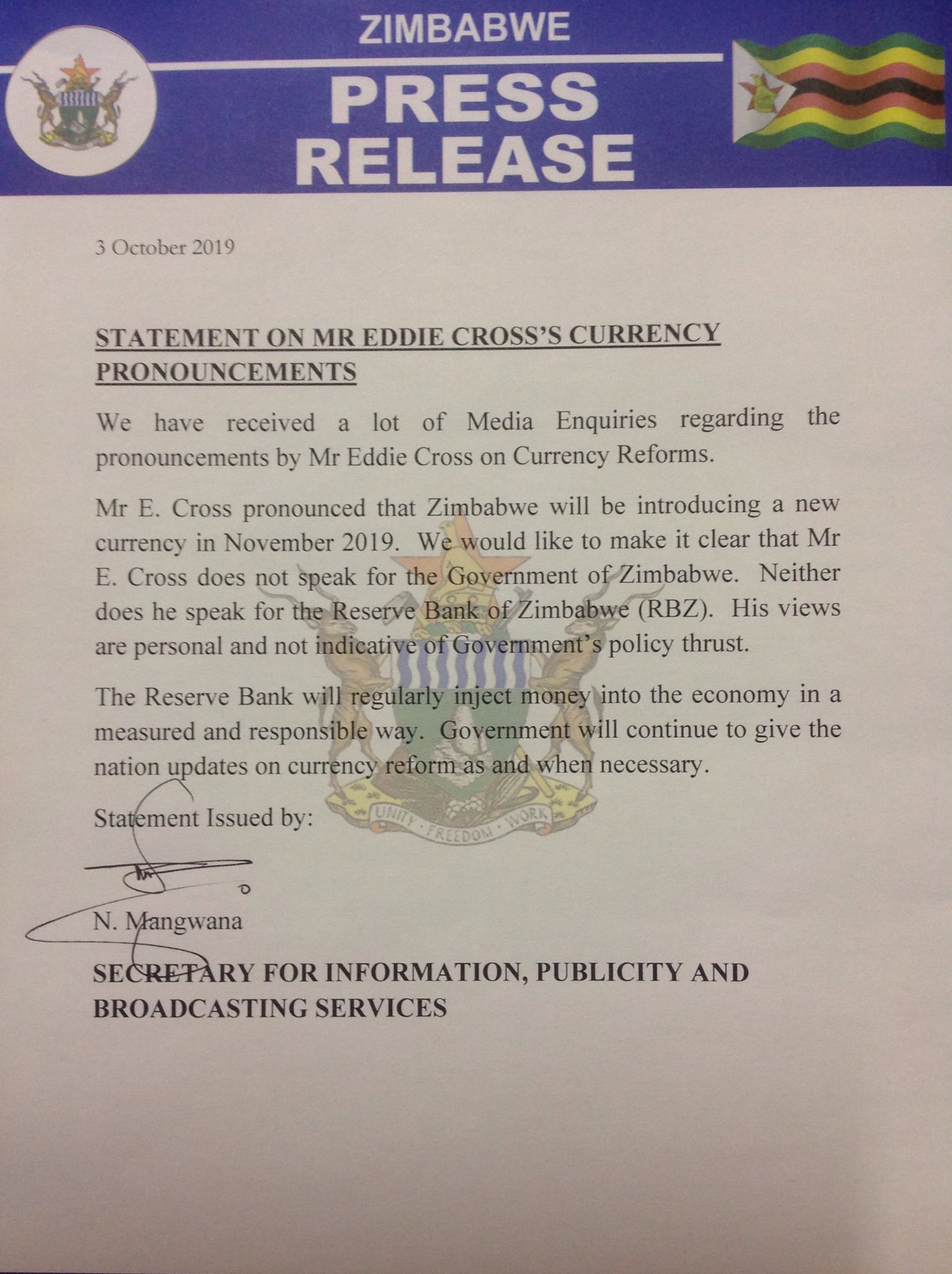