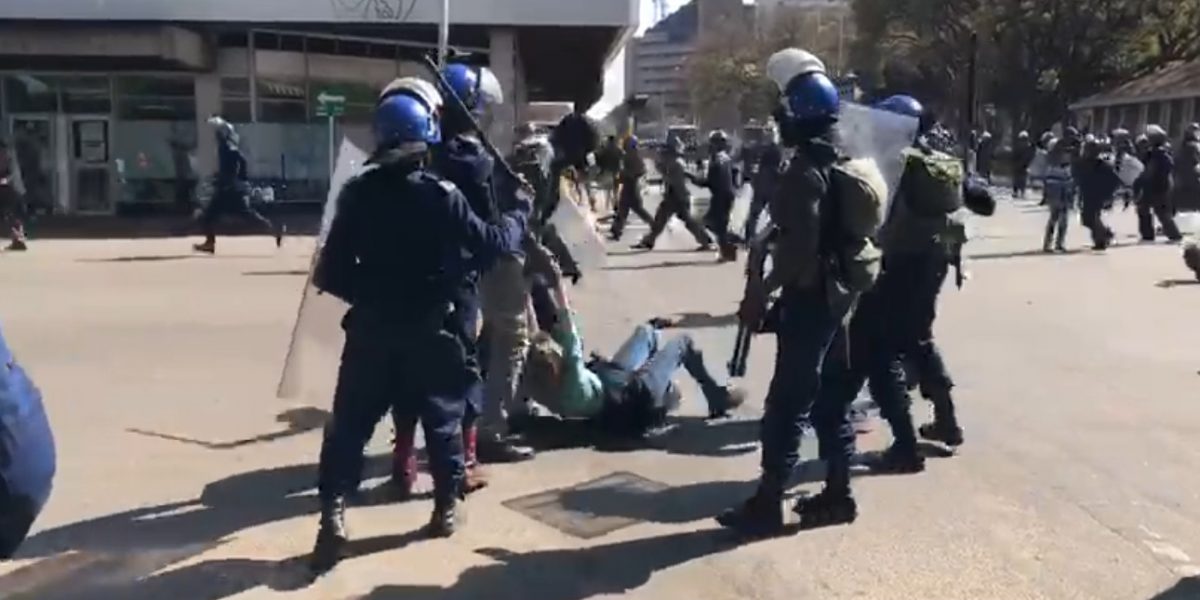 The MDC commends the United Nations Special Rapporteur Mr Clement Nyaletsossi Voule for a candid assessment on the palpable lack of enjoyment of the rights of peaceful assembly and association following his official 10-day visit to Zimbabwe between 17 and 27 September 2019.

Mr Clement Nyaletsossi Voule joins the long list of international stakeholders who are calling for comprehensive reforms in Zimbabwe in vindication of the MDC position on the matter.

In a damning statement released on Friday 27 September 2019, the UN Special Rapporteur asserted that ‘there is a serious deterioration of the political, economic and social environment since August 2018 resulting in fear, frustration and anxiety among a large number of Zimbabweans’.

He noted that ‘the repression of protesters, the attempt to ban protests, the excessive use of force and the restrictive application of legislation regulating the rights of freedom of peaceful assembly and association gravely overshadow efforts to democratically transform Zimbabwe’.

He further lamented the loss of lives due to excessive use of force against protesters including the use of live ammunition.

Mr Voule expressed shock over testimonies of victims who were raped and sexually assaulted by the security forces in the context of protests.

The UN Special Rapporteur emphasized that ‘it is in the interest of the state to allow public and peaceful assemblies as a ‘release valve’ in order to avoid recourse to other means of dissent and disagreement that are not desirable and can be harmful to society as a whole’.

The statement by the UN Special Rapporteur vindicates the MDC on concerns the party has consistently raised, in particular, the lack of respect for constitutionally guaranteed rights of citizens, the partisan state institutions and the urgent need for reforms.

This is why in its Roadmap to Economic Recovery, Legitimacy, Openness and Democracy (RELOAD), the MDC proposes five critical signposts to get Zimbabwe back on a democratic developmental state trajectory.

These five signposts include mediated political dialogue, comprehensive reforms, a national transitional mechanism to implement reforms and free and fair elections that are internationally supervised.

The official visit by the UN Special Rapporteur was very timely given the serious challenges citizens face in exercising their democratic right to demonstrate and petition as provided for in Section 59 of the Constitution of Zimbabwe.

In August 2018, six unarmed protestors were shot dead by the military during spontaneous post-election demonstrations.

In January 2019, a total of 17 citizens were again killed in cold blood by the security forces whilst hundreds were arbitrarily arrested, women were raped and several abducted during a stay-away organized by the Zimbabwe Congress of Trade Unions.

In August 2019, the security forces led a major clampdown on MDC activists and human rights defenders following the unconstitutional banning of MDC peaceful demonstrations, resulting in many arrests, abductions, assaults and arbitrary arrests.