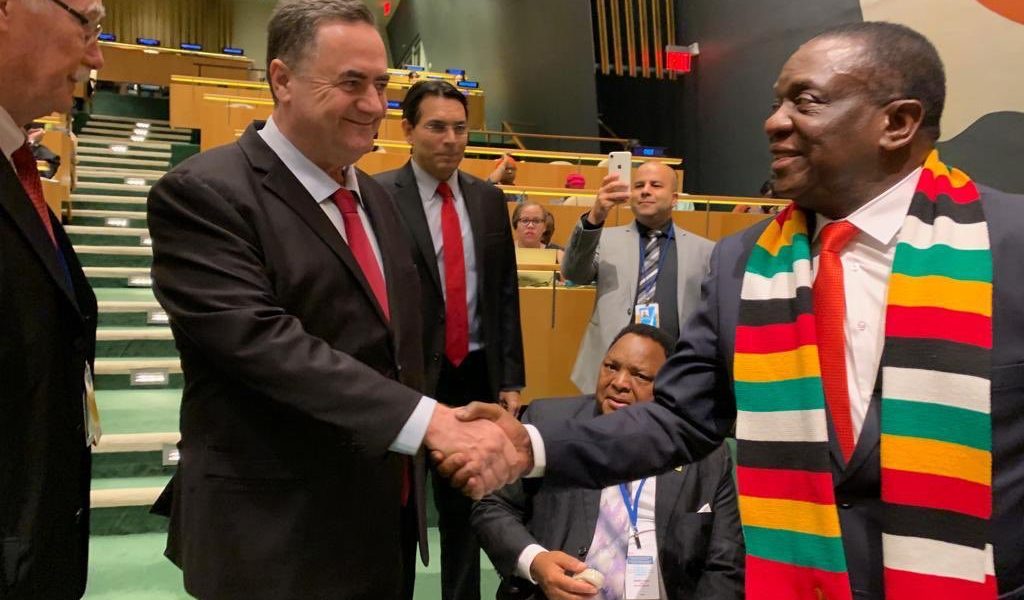 Katz revealed that his meeting with President Mnangagwa was the first in 20 years for high-ranking officials from the two governments to meet one-on-one. Writing on Twitter, Katz said:

During my first visit to the United Nations General Assembly, I met and shook hands with Zimbabwean President Emmerson Mnangagwa and invited him to visit Israel.

This was the first high-level meeting between Israeli and Zimbabwean officials for over 20 years. A sign of a new chapter in our relations.

This may be a shift in Zimbabwe’s foreign policy as the country has over the years steadfastly supported Israel’s mortal adversary, Palestine. 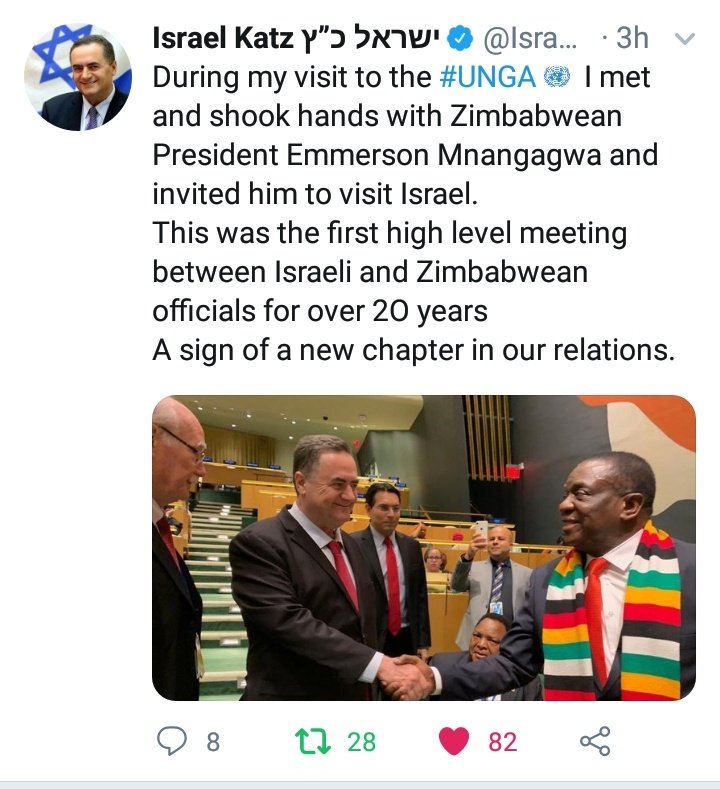 One Comment on “President Mnangagwa Invited To Visit Israel”