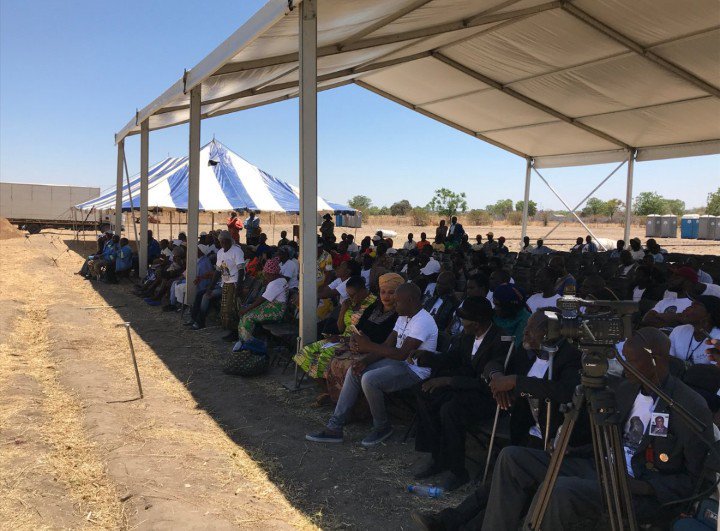 The body of the former president of Zimbabwe, Robert Mugabe, was finally laid to rest on Saturday in his rural village of Kutama, Zvimba.

Hundreds of mourners gathered for the burial, which was initially intended to be a private family ceremony.

Mugabe’s widow, Grace and his children accompanied the casket – covered with Zimbabwe’s green, yellow, red and black flag. A priest who spoke at the funeral said:

Our hearts are bleeding because we have lost our father. This is a man who made use of the gifts he was given by God. This man was an asset, he was not a liability.

Mrs Mugabe’s older sister, Shuvai Gumbochuma told mourners that the late Mugabe made it clear before he died that he did not want to be buried at the National Heroes Acre.

One Comment on “Robert Mugabe Buried At His Rural Home”