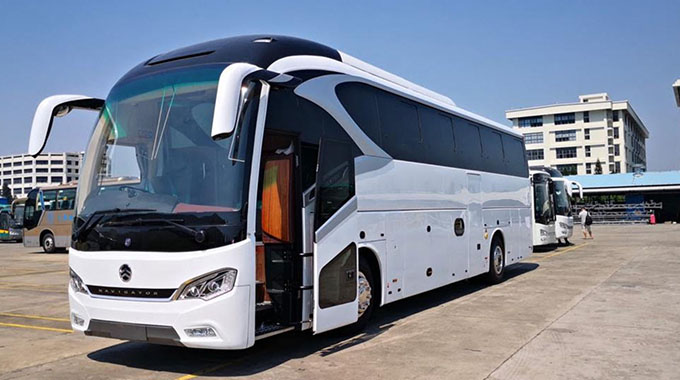 Mushekwi acquired the bus for the Green Machine as a token of appreciation for the role the club played in his grooming.

Speaking to The Herald on Friday, Mushekwi, who now plies his trade in China, said:

The bus is scheduled to arrive (in Harare) at the end of October. It will have a stop-over in South Africa, during its shipment home, for 10 days to get branded.

That’s where the guys who wrap my cars are they are really good guys. We settled for the white colour to try and match one of the colours associated with the team.

Of course, there will be some touches of green, and all this will be done in South Africa, but the most important thing right now is that the assembling of the bus, as per our specifications, has now been completed.

Mushekwi currently plays for Zhejiang Greentown in the second tier of Chinese football. He has already played in South Africa, Sweden and Belgium.