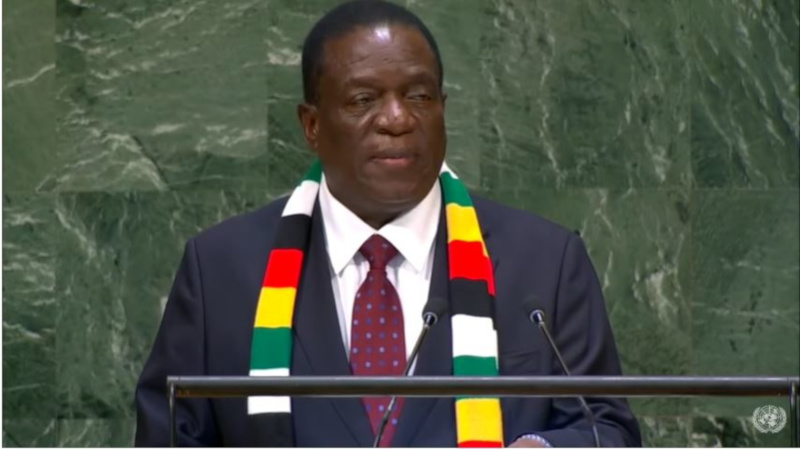 The Norwegian Prime Minister has described her meeting with ED as successful. The 2 leaders met on the sidelines of the ongoing United Nations General Assembly in New York. Describing her meeting with the Zanu Pf boss, Mrs Erna Solberg said;

We held quite interesting discussions with the President. I also told him that I visited Zimbabwe when I was a young student, we indeed had a successful meeting

The president briefing journalists detailed the contents of the meeting with Mrs Solberg by describing the relationship between the 2 countries as excellent:

Relations between Zimbabwe and Norway are excellent. We were discussing about issues about investment. I am sure you are aware that there is a company from Norway which coming to invest in Zimbabwe in energy, coalbed methane gas so that we shall have electricity, about 1 000 MW, and also fertilizer and also water because as you go down to get methane gas there is a lot of water, they are planning to use that water in a dump