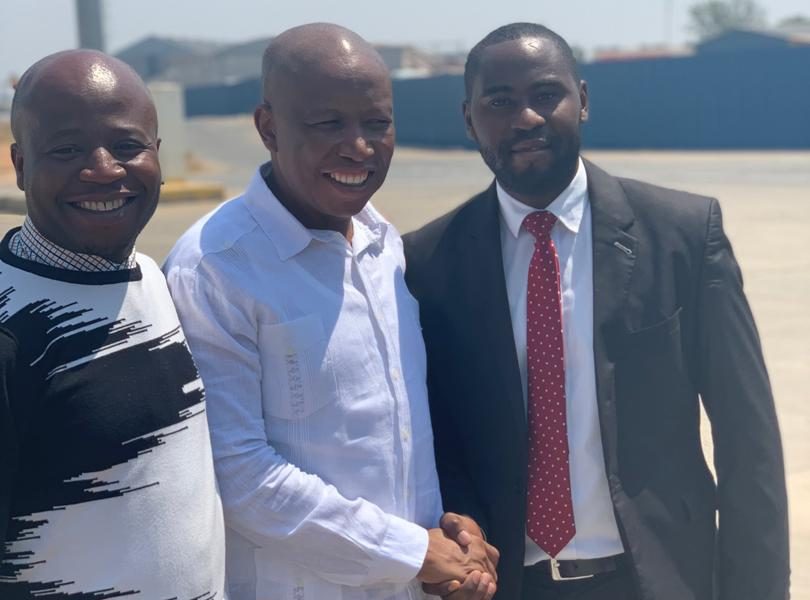 South African opposition leader, Julius Malema, says the government of Zimbabwe is to blame for the very high rate of unemployment in the country.

Malema, who is the commander in chief of the Economic Freedom Fighters (EFF), was speaking from the home of the late former President Robert Mugabe’s family in Borrowdale, Harare.

He had visited Zimbabwe to offer his condolences to Mugabe’s widow, Grace Mugabe. Said Malema:

We can’t have a country here in Zimbabwe with so many unemployed people. It goes back to the leadership. It is not the people who control the economy, but the political leadership.

The firebrand extreme-left leaning politician urged African leaders to take care of their people so as to avoid being attacked in foreign lands.