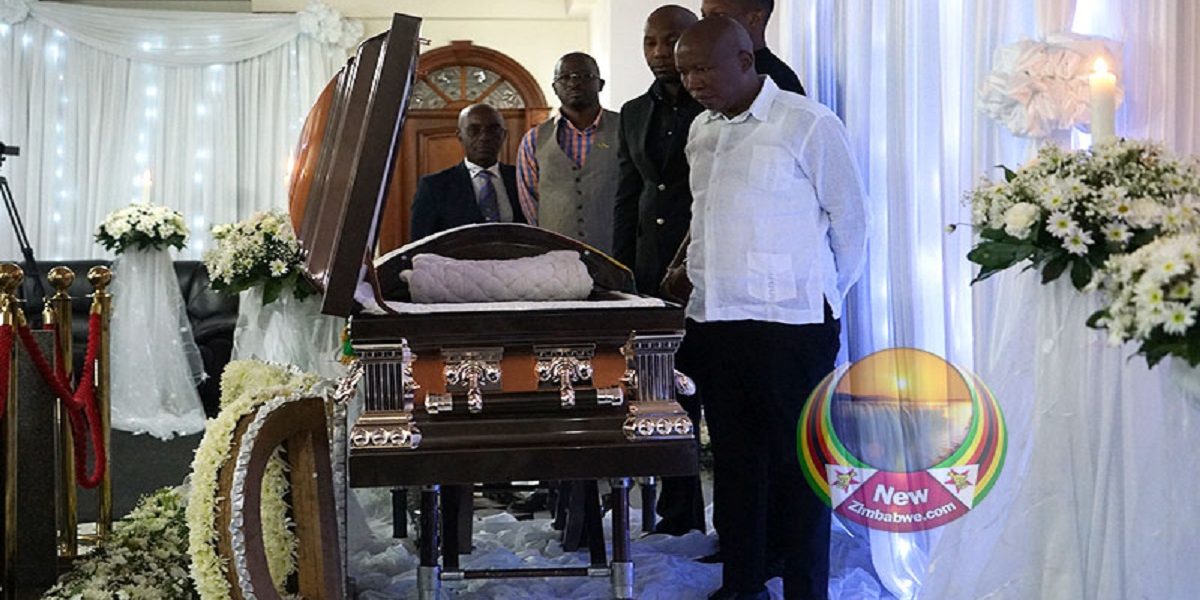 Julius Malema, leader of South Africa opposition party, Economic Freedom Fighters has said that Africans are easily swayed away from things that matter.

Speaking to the media after paying his condolences to former First Lady Grace following the death of Zimbabwe’s founding leader, former President Robert Mugabe, Malema said that African youths must “wake up and take charge” of their future. He added:

We the youths must stop suffering from political apathy and take the future into our own hands. Young people must wake up and take politics seriously.

When it comes to voting, they do not vote; when it comes to political participation, they don’t participate. They have given themselves to other things other than what matters and which is politics.

If you go to America and other developed countries, they take voting very serious but here you have to beg people with material things for them to vote. They will not take part if there is no food.

Malema is a well-known admirer of Mugabe whom he describes as a hero of Africa. He cites the land reform programme in Zimbabwe as the boldest move Mugabe took to empower his people. Malema advocates the grabbing of land from multiple farm owners, mainly whites, in South Africa, without compensation.