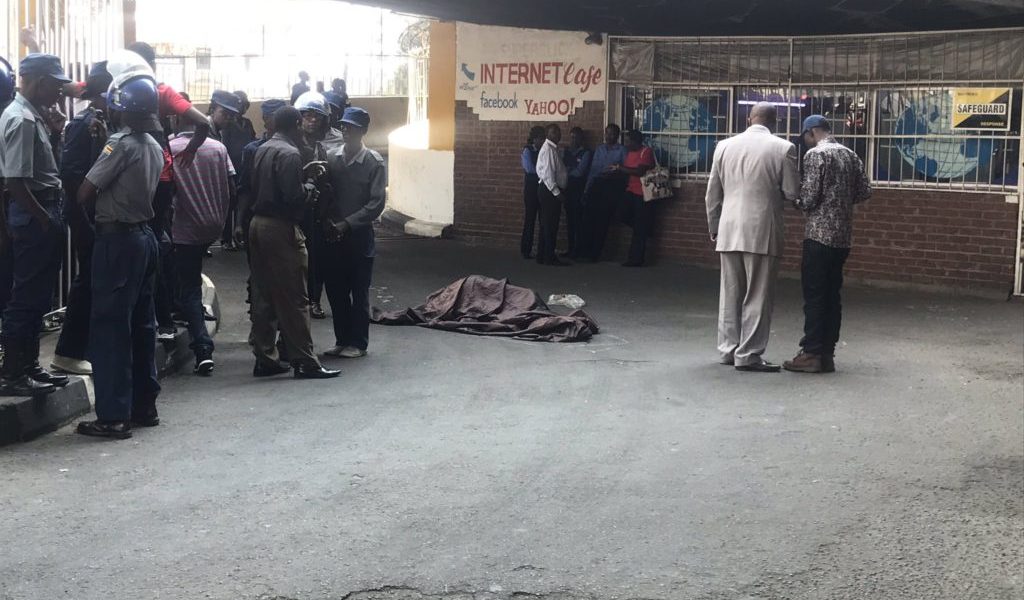 A top Harare pastor and author, Bishop Berry Dambaza is suspected to have committed suicide after he fell to his death from a fourth-floor car park at Rezende Mall in central Harare prompting onlookers to call the police.

He was a senior pastor with the Pentecostal Assemblies of Zimbabwe (PAOZ) Upper Room Ministries which is housed in the same building.

A police officer told ZimLive that some messages from his phone point to a troubled marriage. Said the officer:

We have determined from some messages on the phone that his marriage was troubled.

In a statement on microblogging site Twitter, the Zimbabwe Republic Police said:

Police are investigating a case which occurred at Rezende Parkade, Harare this afternoon at around 1230 hours where a 59-year-old man allegedly jumped from the last floor and died. Police are yet to get the motive behind the suspected suicide.

Pastor Dambaza published two books, ‘How To Become a Vessel That God Can Use’ and ‘How To Receive And Release The Anointing.’

He had been with Upper Room Ministries since 1996 after leaving Rivers of Life Ministries in Harare where he was a pastor.

In 2005, Dambaza graduated from the Pentecostal Bible College (now known as Pan African Christian College) with a ministerial diploma and later obtained a Bachelor of Arts degree in Bible Theology.

He was married to Sithembeni, and they had four children, two sons and two daughters.