Doug Coltart, a lawyer and son to former education Minister, David Coltart has dismissed as bogus a flier that is used to purportedly collect money using his name and Ecocash number. Posting on Twitter, Coltart said:

Please note this flier using my EcoCash number is FAKE. I’m not collecting money on behalf of anyone. 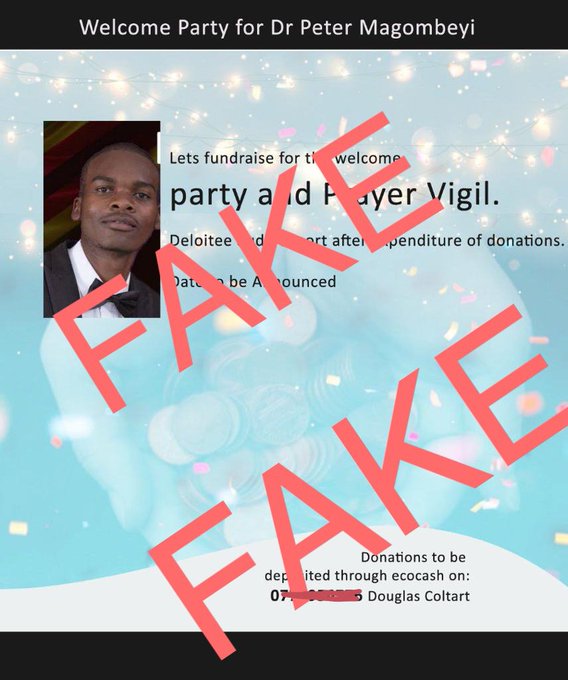 Magombeyi, the acting president of the Zimbabwe Hospital Doctors Association, was found in Nyabira, near Inkomo Army Barracks, about 35 kilometres north-west of Harare where his alleged abductors reportedly dumped him.

He had disappeared on Saturday 14 September in Budiriro with some observers arguing that the State had kidnapped him.

Magombeyi is yet to report what really transpired, he is recovering at a local hospital where he was admitted.