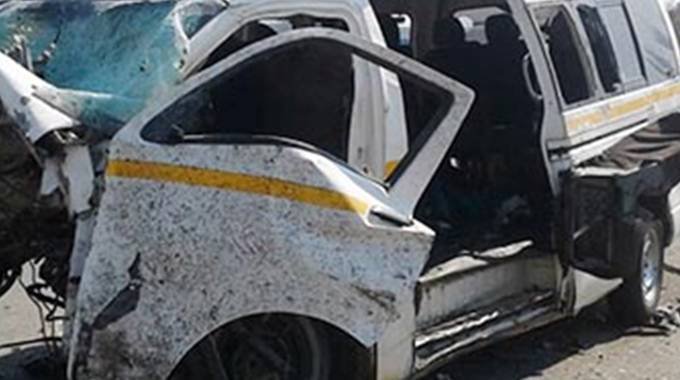 Three people died on spot while the fourth died upon admission at Parirenyatwa hospital, where the injured were also admitted.

Four people lost their lives while 22 others were hurt in a road traffic accident on Wednesday afternoon in Kambuzuma, Harare.

The accident occurred when the driver of Hino truck attempted to overtake a commuter omnibus near Trek Service Station before a railway line along Mufakose Way.

National police spokesperson Assistant Commissioner Paul Nyathi confirmed that three people died on the spot while another passenger died at Parirenyatwa Group of Hospitals upon admission. He said:

Three people died on the spot and there is a fourth one reported to have died while admitted at a local hospital.

It is sad that some drivers are exhibiting tendencies of reckless driving, in turn, causing accidents.