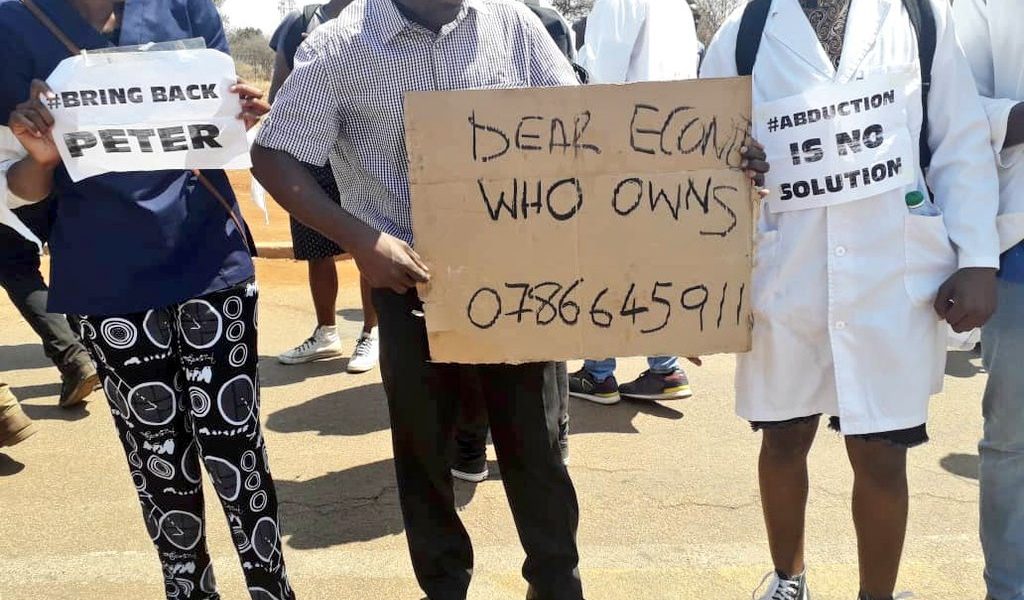 There has been debate over the abduction of Zimbabwe Hospital Doctors Association (ZHDA) acting president Dr Peter Magombeyi, especially surrounding a WhatsApp message that he sent after he was taken from his home.

Some critics have accused the missing doctor of stage-managing the kidnapping, arguing that an abducted person can’t have access to a phone, let alone send messages in the presence of their captors.

It has however been established that a captive can communicate even while in the hands of captors.

In 2013, in the State of Colorado, the United States of America, a 16-year-old girl who had disappeared reportedly sent a distress message to friends saying she was with a man and “scared.”

Jessica Shepherd was last heard from at around 10:50 p.m. on a Tuesday when she sent SMS and Facebook messages to friends, saying she was “with a guy named Dave” and “scared” and urged her friends to call the police.

The police found Jessica early Thursday morning after numerous tips were sent to them, one of the tips gave police an address for a man called “Dave,” who in turn gave police a second address where they were able to successfully locate the teen.

One Comment on “Can An Abducted Person Send A Message From A Phone? Yes!”