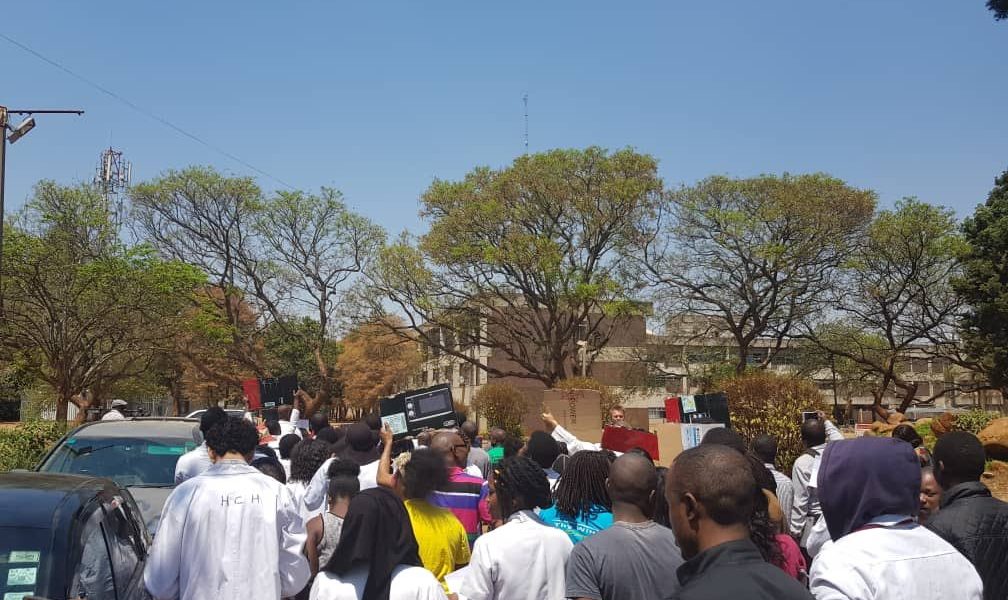 Zimbabwe Lawyers for Human Rights have claimed that the government has blocked a march by doctors who were demanding the return of missing Zimbabwe Hospital Doctors Association (ZHDA) President, Peter Magombeyi.

Fellow doctors then marched to govt offices to serve a petition demanding their president but were blocked.

Magombeyi’s disappearance comes merely a day after the International Day of Democracy which was initiated with the purpose of promoting and upholding the principles of democracy.

It also follows a spate of abductions and torture of members of the opposition MDC members, human rights defenders and government critics.

Observers have argued that the abductions were being sanctioned by the State and were meant to instil fear in members of the public.

Recent demonstrations by various groups including the MDC and labour organisations have been said to be motivated by the deteriorating state of affairs.