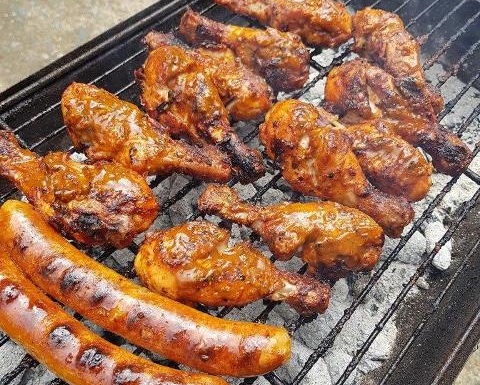 After a hiatus due to health reasons last year, the Castle Larger’s Biggest Braai Festival is back and bigger this time around. This year’s biggest braai festival will be precedented with provincial parties across the country before the national event to be held in Harare between 25 and 26 October 2019 at the Old Hararians sports club.

The National Braai Fest which was suspended last year due to a cholera outbreak will kick off this year with some provincial events across the country on the following dates and venues:

… the party will be in various provinces as various micro events, which kicked off in Kadoma last weekend. Gweru will have its party on October 5 at The Barn followed by Bulawayo on October 12 at the Highlanders Hlangabani Lounge. Masvingo meat lovers will have their go on October 19 and thereafter, all roads will lead to Harare on October 25 for the national event.

Delta Corporation’s Patricia Murambinda had this to say about this year’s edition of the Braai Fest:

This year’s edition is bigger, better and promises to be exciting. The national event will be held from the 25th to the 26th of October 2019 at Old Hararians Sports Club in Harare and in addition, build-up activations to the festival will be held across the country, which is a first

At the national event, records will be broken. To add to the excitement like every year, a braaiometer will be on site showing the consumption levels of meat as the day progresses. Meat consumed in the build-up activations will also be added