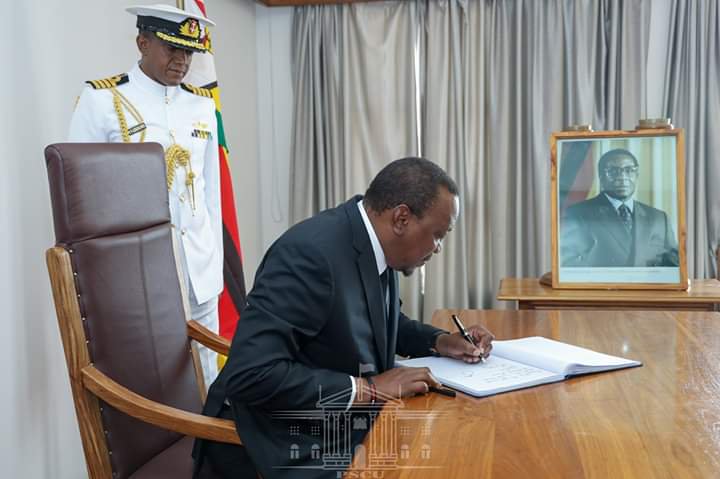 Kenyan President Uhuru Kenyatta on Saturday hailed the late former Zimbabwe President Robert Mugabe for his solidarity with other African countries in their fight against colonialism and apartheid.

Speaking to mourners who had gathered at the National Sports Stadium for Mugabe’s State-assisted funeral, Kenyatta said:

The late Comrade Mugabe was an embodiment of the Pan-African spirit, offering immeasurable assistance and solidarity to many other African countries in their struggles to end colonial rule and apartheid.

… The late President Mugabe has left an indelible mark on the history of Zimbabwe and the African continent at large, through his political astuteness and zeal for the political and economic liberation of Africa.

As an African leader and intellectual giant, he was firm and steadfast regarding Africa’s quest to address the challenges facing the continent. He was unwavering in his insistence that Africa’s problems demanded African solutions.

… As African leaders, we should continue to champion African interests as an enduring tribute to the late Comrade Mugabe and other departed icons of the African political and economic liberation struggle.