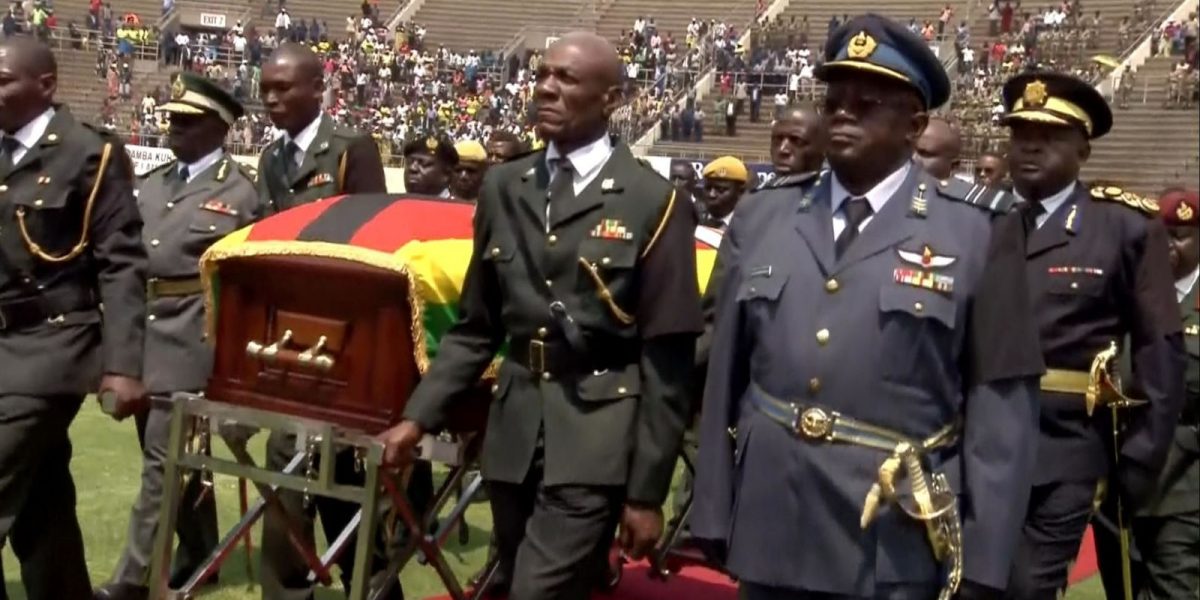 Thousands of Zimbabweans stayed away from the late former President Robert Mugabe’s State Funeral at the National Sports Stadium on Saturday afternoon.

While large crowds were observed during the arrival of Mugabe’s body from Singapore at the Robert Gabriel Mugabe International Airport and along the city of Harare’s thoroughfare, Julius Nyerere Way, as well as at Rufaro Stadium on Thursday and Friday, approximately over 50 per cent of the seats were empty at the National Sports Stadium.

The atmosphere has picked up a little bit… [but] vast swathes of [the stadium] remain empty, something of an embarrassment for the government of Emmerson Mnangagwa.

Several heads of State and Government addressed the sparse crowd with the major highlight being South African President Cyril Ramaphosa being heckled for the recent xenophobic attacks in South Africa.

One Comment on “Thousands Of Empty Seats At Mugabe State Funeral”