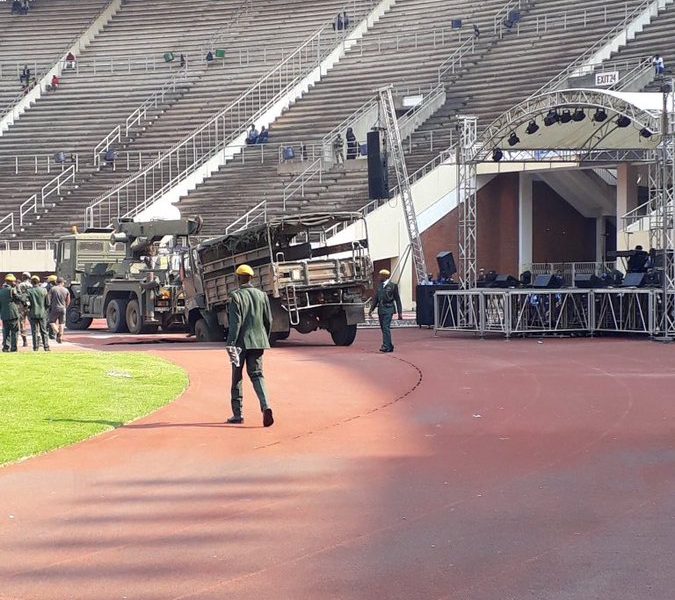 There was unusually low attendance at state the funeral of the former President Robert Mugabe at the National Sports Stadium on Saturday afternoon with large swathes of the iconic stadium largely empty.

While it is not clear why people avoided the occasion, some observers believe it is for a mixture of reasons. Citizens are enticed to State events not because they attach particular importance to the functions, but because of the entertainment provided thereafter.

According to a prominent journalist, Hopewell Chin’ono, in the case of Mugabe’s death, the issue of entertainment did not apply, because even in death, Mugabe is still embroiled in a fight with his protege, President Emmerson Mnangagwa! 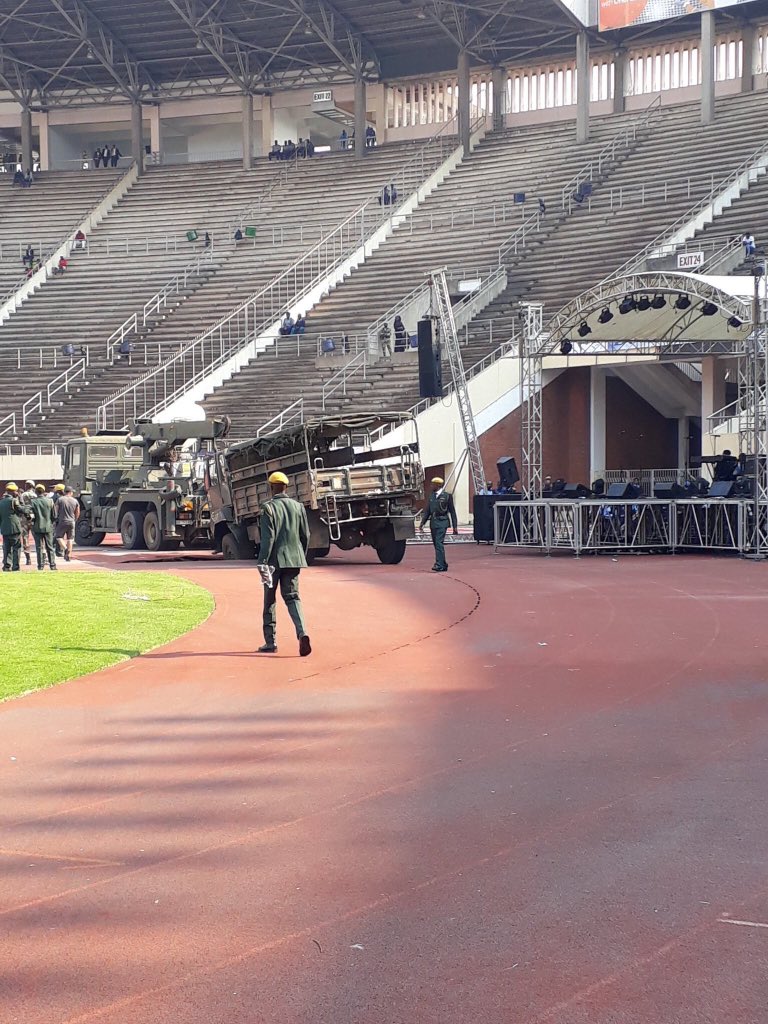 2 comments on “PICTURE: Zimbabweans Shun Mugabe Funeral By The Thousands”