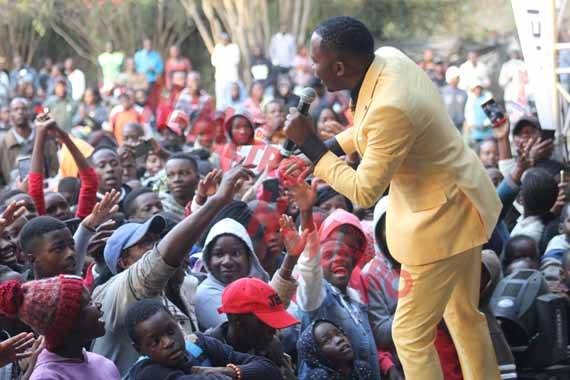 Mhere told NewsDay Weekender Life & Style on Friday that the shows are meant for his fans who could not attend the launch of “Greater than Solomon” on June 20 at The Venue in Avondale, his latest album. He said:

We then decided to do the celebrations for the album’s initial success and also took the opportunity to invite those who couldn’t come to the launch.

Apart from the live DVD recording session, it was also a celebration of the project’s success on the market.

We are now planning Part 2 for Gweru, and we will go up to Part 10 in different cities as we move around the country with the support of our from sponsors.

Mhere bemoaned piracy, which he said has affected sales of his album. To counter piracy, Mhere will focus more on live shows.