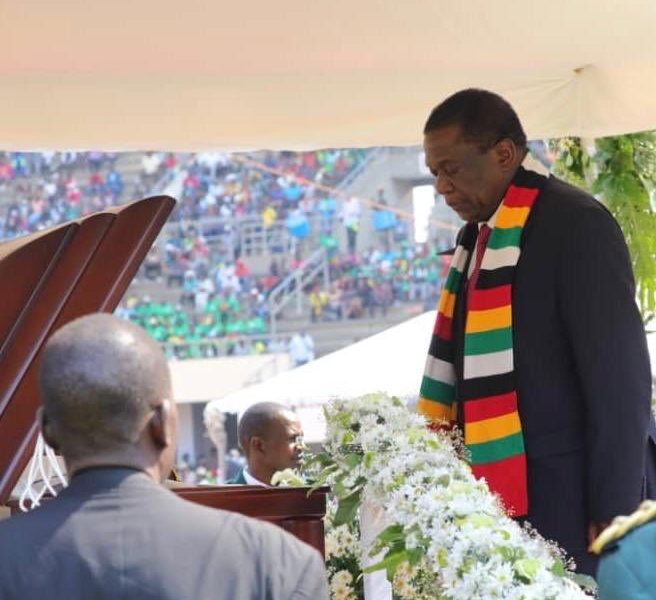 President Emmerson Mnangagwa took to microblogging site Twitter on Saturday after presiding over the State Funeral of his predecessor Robert Mugabe at the National Sports Stadium.

After extolling Mugabe’s long political history before a sparse crowd and dozens of foreign dignitaries at the Stadium, President Mnangagwa called on Western countries to remove the restrictive measures imposed on Zimbabwe. He wrote:

Today, we mourn Cde Robert Mugabe, a great son of the soil, a visionary and the champion of our empowerment. In his memory let’s set the wrongs of the world right – opposing injustice, racism and oppression. In his honour let’s continue to reform across all areas.

We are engaging the world in the spirit of friendship and cooperation. As we bury an icon of our past, we invite the world to give our country the new start its people deserve and walk with us into a brighter future for our people, our region and the continent.