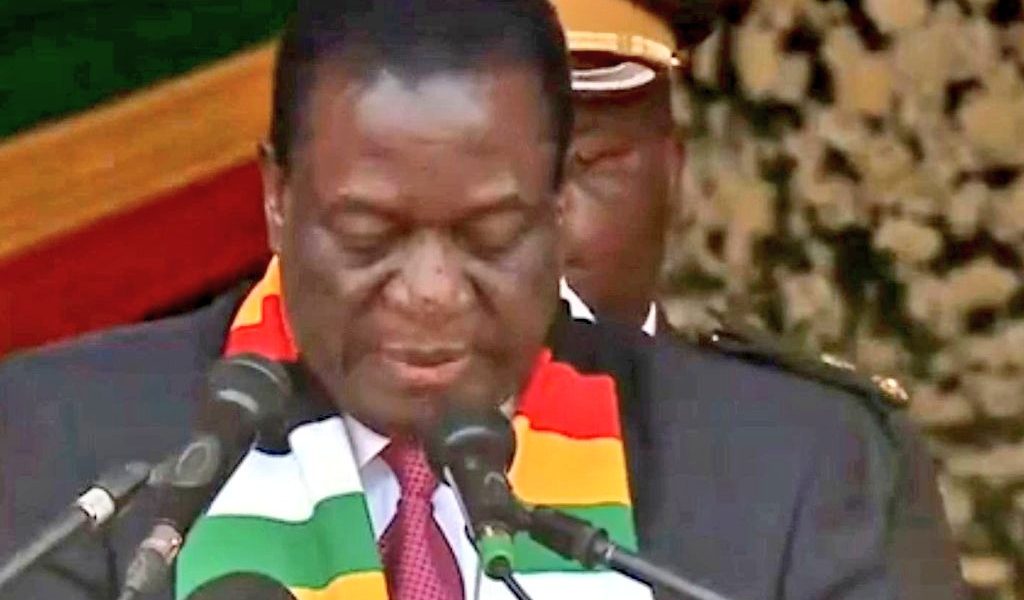 President Emmerson Mnangagwa assured the widow of the late former President Robert Mugabe, Mrs Grace Mugabe that the government will continue to offer support to the Mugabe family.

He was speaking during the State Funeral of the late Mugabe at the National Heroes on Saturday afternoon. Below are excerpts from President Mnangagwa’s speech:

On Friday 6 September 2019, a dark cloud loomed over and enveloped our country, when the Founding Father of Independent Zimbabwe, our revolutionary Icon, Statesman, Leader, Wartime Commander and former President, Cde RG Mugabe passed on. A giant tree in Africa has fallen.

Indeed the bold, steadfast and resolute revolutionary Cde RG Mugabe is no more taken away from us, we the people he fought hard to free, liberate and empower. Taken away from a Continent into which he was born, he loved inspired and sought always to inculcate a sense of pride,

…independence and freedom. Seeking always to carry on the torch of his generation, a torch of heroic nationalism, patriotism, sacrifice, unity and freedom.

Thanks to Cde RG Mugabe and his rare breed of Pan Africanists, nationalists and freedom fighters, the once shackled Africa is forever free.”

Today, Zimbabwe is mourning the demise of her great son of the soil, a visionary and the champion of our empowerment. Today Southern Africa mourns the sad loss of a front liner. Today African weeps grieving over the loss of a true Pan African. Our motherland is in tears.

Allow me to thank the former First Lady, Her Excellency, Amai Grace Mugabe and the family for looking after and caring for our Commander during his illness right through to the end. Be rest assured that you will continue to have my support and that of my Gvt in these moments of grief.

There are elder Statesmen, Presidents and Prime Ministers, great men and women, young and old, as well as dignitaries from all corners of the world, puller here by the demise of this colossus, Cde Mugabe. Today we all grieve together feeling the void he has left behind.

For years and generations to come, we shall continue to draw inspiration from the life, leadership, courage, valour and bravery of this great man we here fondly called, Gushungo. A true Statesman who resolutely defended our country throughout his life.