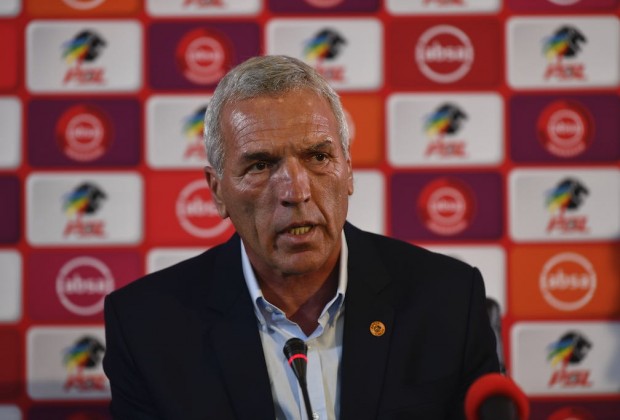 The German was not happy with the fixation on Khama Billiat, choosing rather to focus on the whole team. He said:

Why are we talking about Khama Billiat? Why is he such a discussion point? I think the team has won these points to put themselves into it.

I think If I’m not [mistaken]… Can you help me? I think we had a certain number of players we played, even without Khama Billiat this season.

There’s a possibility there, can you imagine? As I always say, this team is functional, it doesn’t depend on one performance – not at all.

We came back in certain games through team performance, not to something that you put onto the shoulders of one player – this is not our philosophy.

Our philosophy is that everybody contributes to a team performance in attacking and in defending, and of course, if someone wants to bring a certain x-factor in then it’s fine.