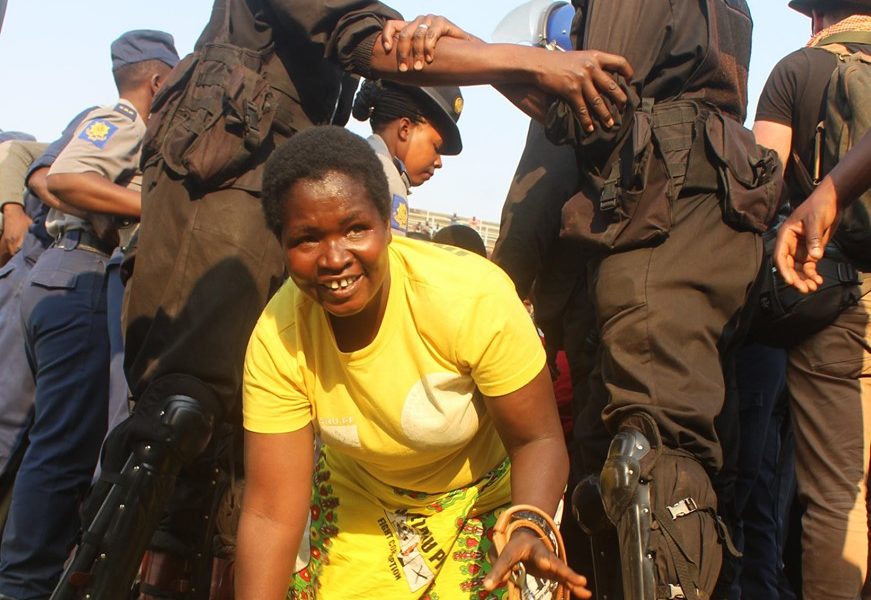 According to 263Chat reporter, Lovejoy Mtongwiza, Police Officers on Thursday formed a barricade to stop people from stampeding to view the body of former President, the late Robert Mugabe at Rufaro Stadium. However, one woman escaped under the police and made her way to the casket.

Several people were knocked unconscious in the earlier stampede as Zimbabweans jostled to get a glimpse of Mugabe. 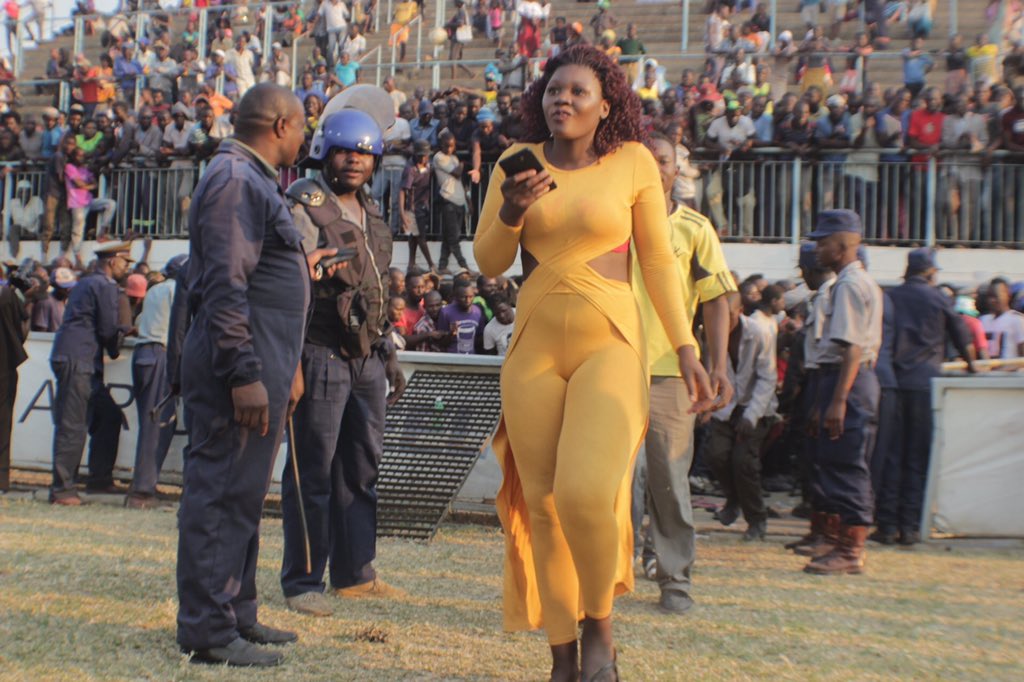