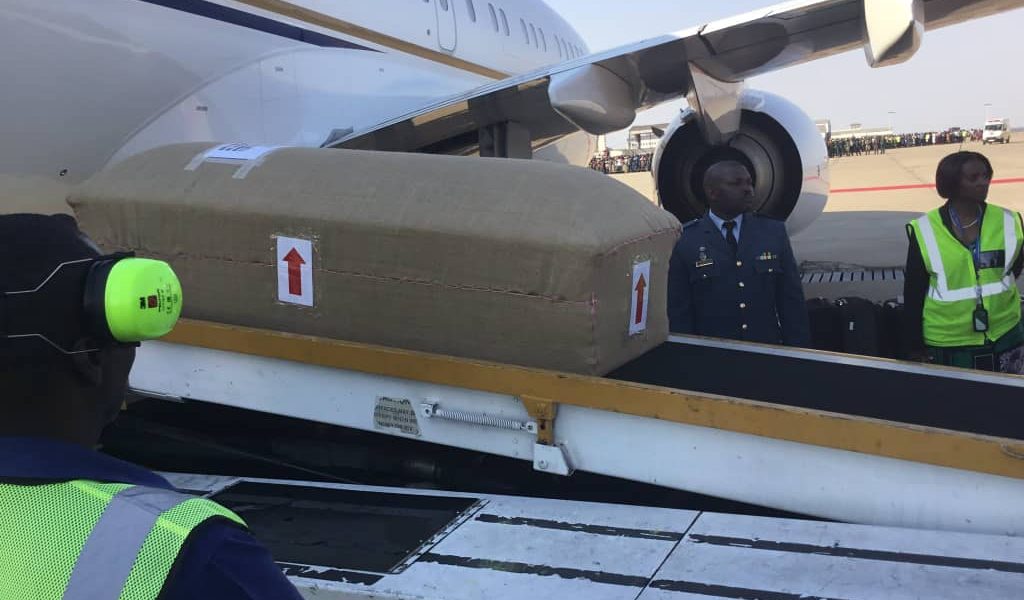 The late former President Robert Mugabe will be buried at his home village, Kutama in Mashonaland West province.

This was revealed by the late national hero’ nephew, Leo Mugabe in an interview with AFP.

Mugabe will be buried early next week, either on Monday or Tuesday, and it will not be at the National Heroes Acre. Said Leo:

His body will lie in state at Kutama on Sunday night.., followed by a private burial – either Monday or Tuesday – no National Heroes Acre. That’s the decision of the whole family.

Mugabe died in Singapore last week at the age of 95. Reports indicate that he was very bitter since he was ousted in a military coup in November 2017.

He told close family members that he did not want to be buried at the Heroes Acre to prevent his “traitors” from pontificating over his dead body.

6 comments on “Mugabe To Be Buried At Kutama Next Week”