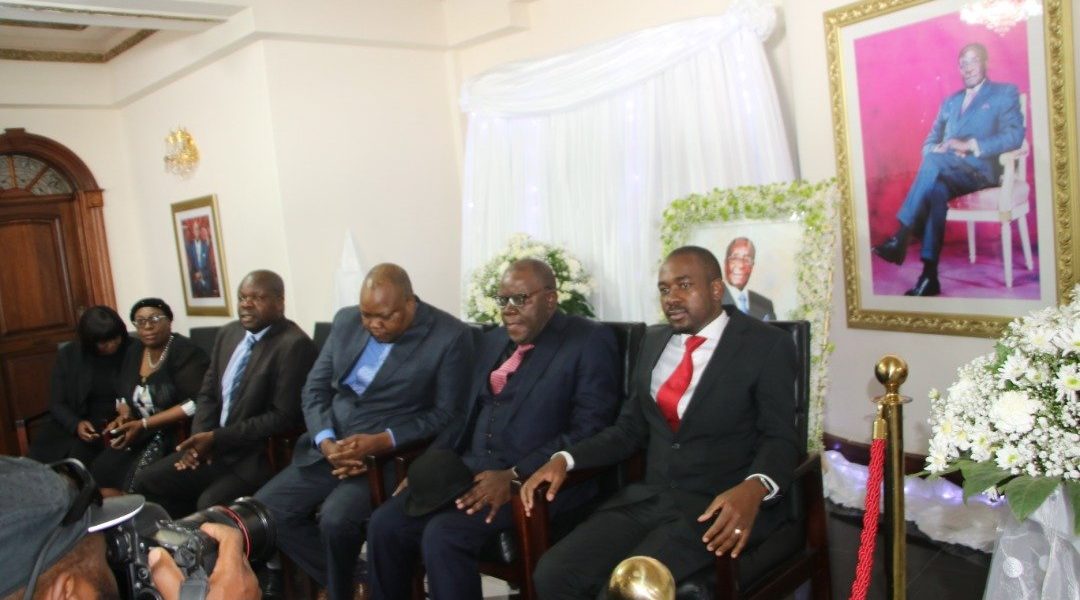 There is absolutely nothing wrong with Nelson Chamisa attending Bob’s burial if he is invited.

In our culture it has always been the norm, what is key is what he says at the burial if asked to speak. He shouldn’t take ownership of Bob, he is ZANU-PF! He should be there seMUNHU!

Mugabe terrorised Reverend Ndabaningi Sithole, but when Sally Mugabe died, Sithole turned up at Bob’s home and spent time with Mugabe consoling him.

I asked the Reverend later about it, and he told me that “we should teach those that do bad to others, by showing them empathy.”

We should separate our legitimate disgust for Mugabe’s corrupt, incompetent and nepotistic rule from cultural norms that define our humanity and our Zimbabweaness and more importantly, our moral responsibilities!

So Chamisa can go and bury Mugabe, but not to take ownership of him.