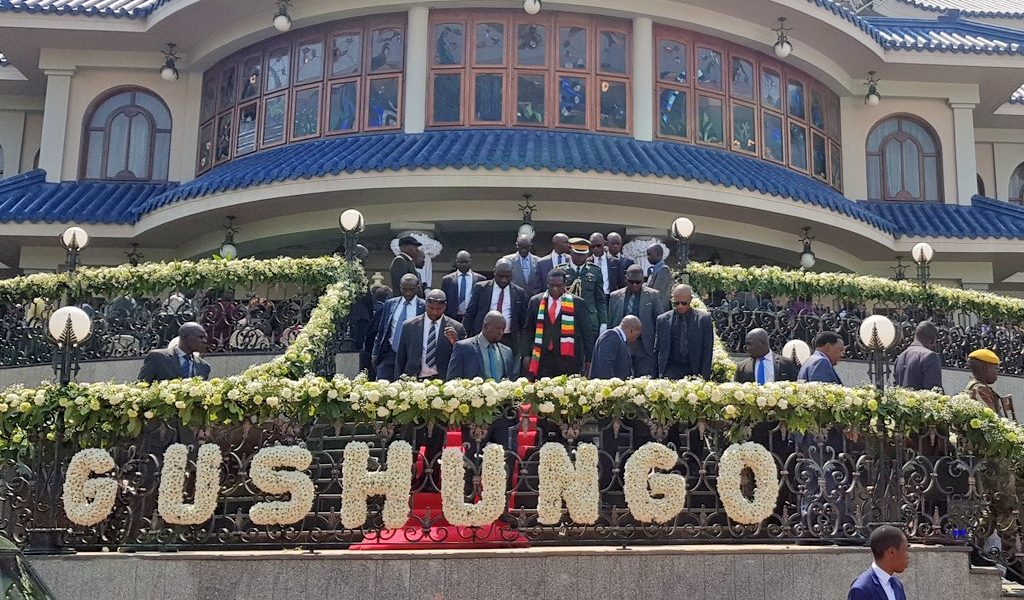 A nephew to the late former President Robert Mugabe, Patrick Zhuwawo, said that President Emmerson Mnangagwa has been trying to force Mugabe’s widow, Grace to have the late national hero buried at the National Heroes Acre against his stated wish.

Zhuwawo said this while speaking at a memorial service held by the Economic Freedom Fighters (EFF) in Mugabe’s honour.

I spoke this morning with Amai Mugabe and she instructed me to issue a statement or rather disseminate a statement that she and the immediate family had put together.

The statement is that they are being coerced by Emmerson Mnangagwa to ignore President Mugabe’s wishes on where his mortal remains should be interred.