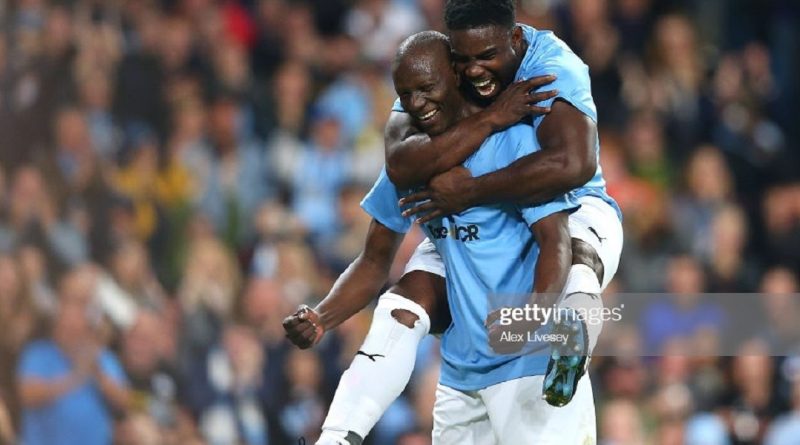 Benjani Mwaruwari came from the bench in the second half to score the equaliser for Manchester City Legends in Vincent Kompany’s testimonial on Wednesday. The match ended 2-2.

The Manchester City Legends included the likes of Sergio Aguero and David Silva while Paul Scholes, Michael Carrick, Ryan Giggs and Robin van Persie were among the Premier League legends.

Benjani rose in the final minute to send a towering header past Shay Given to earn a draw for The Citizens.

Manchester City legends had scored first through Martin Petrov who beat Edwin Van der Sar in goal. The Premier League legends hit back through Robbie Kean to make it 1-1.

Robin Van Persie made it 2-1 for the Premier League legends before Benjani’s intervention in the 89th minute.