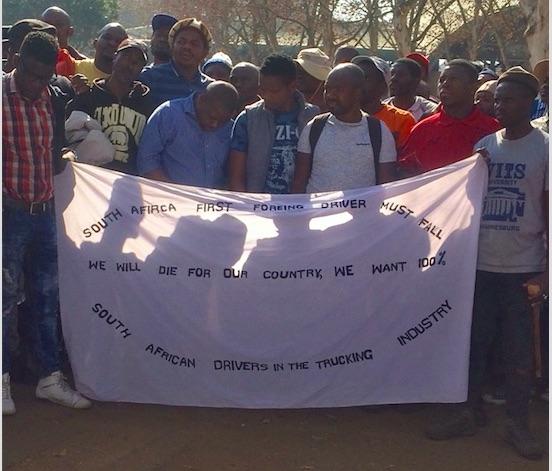 Scores of Nigerian nationals were seen at the Nigerian consulate today as they awaited transportation to take them to the airport where they will be repatriated back to their country by an aeroplane arranged by their government, Eye Witness News reports. Nigeria, at the start of the week, said it was planning to repatriate 600 Nigerians from South Africa following deadly Xenophobic attacks that ravaged part of the country killing 10 South Africans and 2 foreigners. The second-largest economy in Africa reportedly sent the first batch home in a private Nigerian Airline Air Peace today.

Some Nigerians who spoke to the publication as they awaited transportation has this to say:

I used to teach before I came to this country. I think it would be a good opportunity to start again

Most of the Nigerians that were speaking to the publication had been in South Africa for years and lost property due to vandalism. Xenophobic attacks have been ongoing in South Africa for some days and the South African Government have responded to the attacks by saying they were dealing with the problem.