Zimbabwe National Students’ Union (ZINASU) has written a letter to the authorities at the University of Zimbabwe demanding that the institution reverses the evacuation of Students from their hostels. The letter dated 10 August 2019 (instead of 10 September 2019) which is addressed to the Dean of Students observed that Students, who are the major stakeholders of the learning academic institution, were being inconvenienced by the move.

The letter comes after the University of Zimbabwe released a Press Statement which ordered Students residing in the institution’s halls of residents to vacate their rooms by 1000 hours on Thursday, 12th September 2019. The biggest academic learning institution in the country said that the University shall be on recess from Thursday 12 September to Sunday 15 September 2019, as we join the nation in mourning the passing on of former Head of State and Government, His Excellency, Cde R.G. Mugabe.

Observers believe that the evacuation of students residing in halls of residents is meant to make way for delegates who are expected to attend the funeral of the late former president of Zimbabwe, Robert Mugabe. Zimbabwe’s founding leader passed on in the early hours of Friday, the 6th of September in a hospital in Singapore where he was receiving medical attention.

We present ZINASU’s letter below in full. 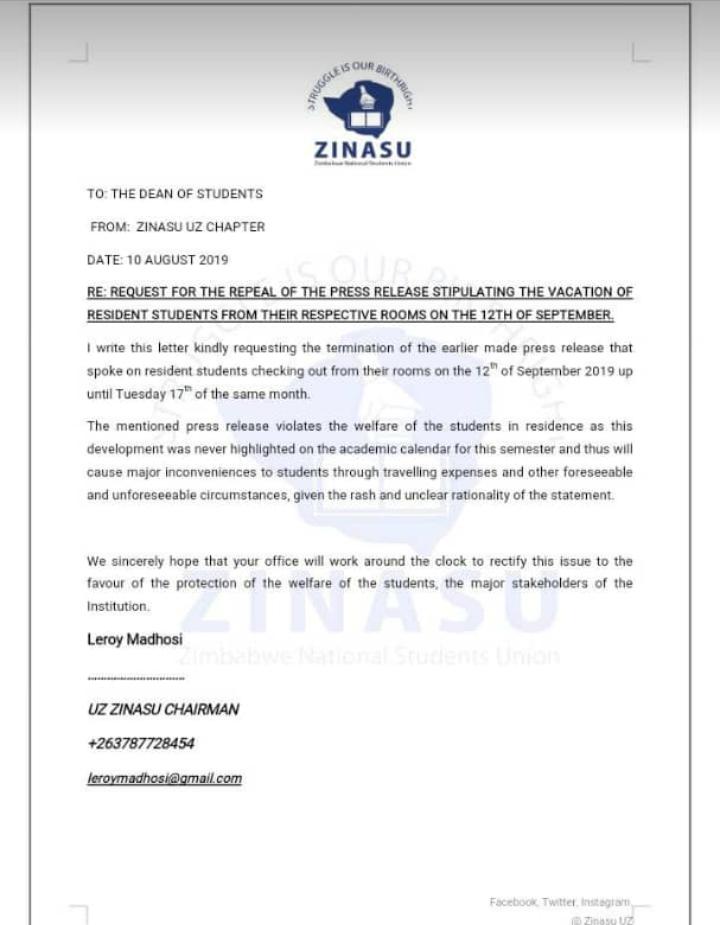