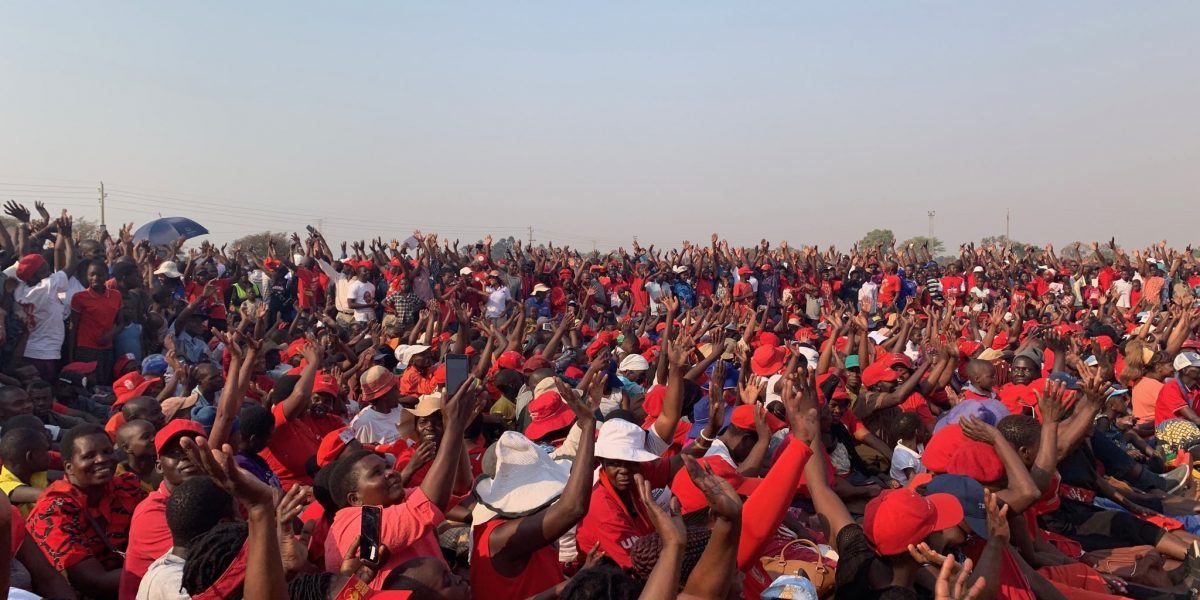 The MDC has posted the following message concerning their pending celebratory function marking their 20th anniversary that had been slated for this Saturday in Harare. The MDC said they couldn’t hold their celebrations while the country was mourning former president Robert Mugabe.

Following the MDC’s launch at Rufaro Stadium in Harare on 11 September 1999, the party officially turns 20 today.

However, the party’s 20th anniversary bash has been moved to Saturday, 28th September 2019 in the wake of Mr. Mugabe’s funeral.

Our 20th anniversary celebrations are meant to be a birthday bash and in the true spirit of ubuntu, even in the village, one does not hold a birthday party when there is a funeral in the neighbourhood. The cultural deportment is to postpone the celebration and allow the funeral to proceed.

The MDC is a party tooted in the African values. Notwithstanding our legendary differences with Mr. Mugabe; we have no reason to exhibit barbarity by hosting a national festivity during his funeral. We have never glossed over Mr. Mugabe’s transgressions but we will allow his funeral and burial to proceed ahead of our anniversary celebrations. We are a proud African political movement and the decision to defer our 20th birthday bash is in keeping with our African civility.

The party’s anniversary celebrations will be held at Rufaro Stadium, where it all started, under the theme MDC@20: Celebrating Courage, Growth and the People’s Victories.

As we officially commemorate this party formed exactly 20 years ago to the day, we note that it has indeed been a tenuous journey of courage, growth and the people’s victories.
Indeed, 20 is a significant number.

In the bible, we learn that for 20 years Jacob waited to get possession of his wives and property, and to be freed from the control of Laban his father-in-law. For 20 years the children of Israel waited to be freed of Jabin, the king of Canaan who oppressed them.

Therefore the number 20 is about spiritual progression and karma, reaping what is sown.

Zimbabweans were brutalized in the course of our journey, some were raped while others were callously murdered and paid the ultimate price.

Today, we remember them.