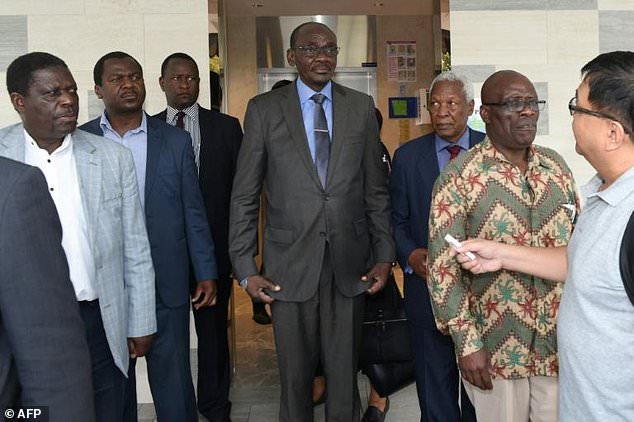 Relatives of the late former President Robert Mugabe and government officials have attended a mass for the late national hero in Singapore.

The church service was held this Tuesday with the Zimbabwean delegation in the city-state to repatriate Mugabe’s body.

The group included Vice President Kembo Mohadi and attended the private Catholic mass for Mugabe at the funeral parlour where his body is. It was officiated by a Zimbabwean priest.

The delegation and Mugabe family members are due to fly out with his body at around 8:30 am (0030 GMT) Wednesday.

The late former President’s nephew Adam Molai said that there was a sombre atmosphere during the service.

The location of Mugabe’s burial remains unclear, with Mugabe’s family and President Emmerson Mnangagwa’s government apparently at odds over whether it would be at his homestead northwest of Harare or at the National Heroes Acre.