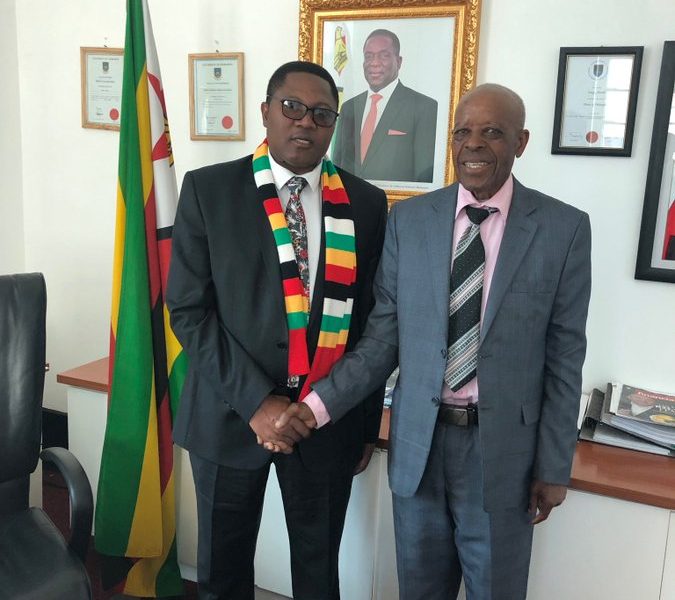 Deputy Energy Minister, Energy Mutodi has been chided by ZANU PF Patriots, a group of ruling party supporters active on microblogging site, Twitter. It said in a tweet:

This is too much minister.‼️

You can’t continue to bring bad publicity to the government like this.

Mutodi had posted a message on Twitter in which he said one George Chinamhora, a liberation war detainee was grateful that President Emmerson Mnangagwa has appointed his son as a High Court judge. Said Mutodi:

With Cde George Chinamhora, a liberation war detainee. George sustained serious gunshot injuries during the liberation war. However, George is thankful to His Excellency President ED Mnangagwa for appointing his son Webster Chinamhora as a Judge of the High Court.

Responding to a follower who has suggested that Mutodi had publicised nepotism, the controversial Goromonzi West MP responded:

The selection of judges is watertight. The President only appoints those recommended by JSC after passing interviews. Only those ignorant of this process can allege nepotism.

Mutodi is known for posting what can be considered ill-thought statements on Twitter. Among the highlights, Mutodi said that a female MDC official who had been bashed by ZANU PF supporters was a pr_stit_te.

He also called Ndebele people refugees in Zimbabwe who fled from South Africa during the “Mfecane” about 200 years ago. Mutodi however, apologised for his Ndebele remarks.