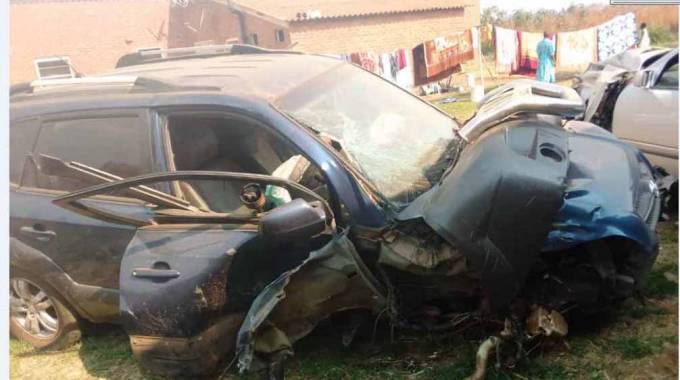 Sungura music artist Tatenda Pinjisi has resolved to quit music following a recent accident in which he had a close shave with death.

Pinjisi, who became famous through his song “Saina”, said he lost the car band in the accident. He said:

I am quitting music because the challenges have been pilling since I was involved in an accident.

I found it difficult to fend for my band members, their families who were depending more on music, they were no longer getting what they used to get.

The accident cost me a lot although I thank God for saving my life but that vehicle was our mode of transport, we used it to carry all the instruments for our shows.

So I think trying something else will be better.

Pinjisi said that close friends and band members attempted to persuade him not to quit music as they were depending on the band.

Pinjisi claimed to have turned to God completely after the accident and will return to music in the future. He said:

… if God allows it, I will return to music.

I was working on number three, I had some songs from the new album which fans are already signing.

This is just an official announcement to my fans and if time permits I will also announce my return.

I don’t want to disappoint my fans and should not be discouraged, I am just taking a sabbatical.

Upon my return, I will start where I have ended.