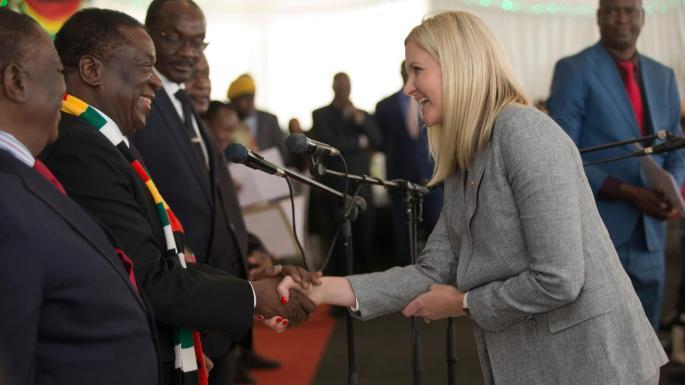 Minister of Sport, Kirsty Coventry revealed that she only became aware that she had been appointed a cabinet minister after friends informed her that the announcement had made on TV.

Speaking in an interview with United Kingdom publication, The Daily Telegraph, Coventry revealed that she was aware of the possibility on social media but thought it strange. She said:

The president announced it on TV and some friends called me to tell me I was a minister.

I had seen a few things on social media before the announcement and thought it was strange, but the list the president was working off had been leaked.

They were in the process of reaching out and talking to people, but when it got leaked I think he felt it was necessary to make the announcement so we had conversations after that.

Zimbabwean sport has been plagued by a myriad of challenges since Coventry was appointed a minister.

For instance, Zimbabwe cricket ran into trouble with the ICC, while the women’s national football team failed to fulfil an Olympic qualifier fixture against Zambia.

Moreover, the men’s football teams were banned by COSAFA from participating in regional tournaments.