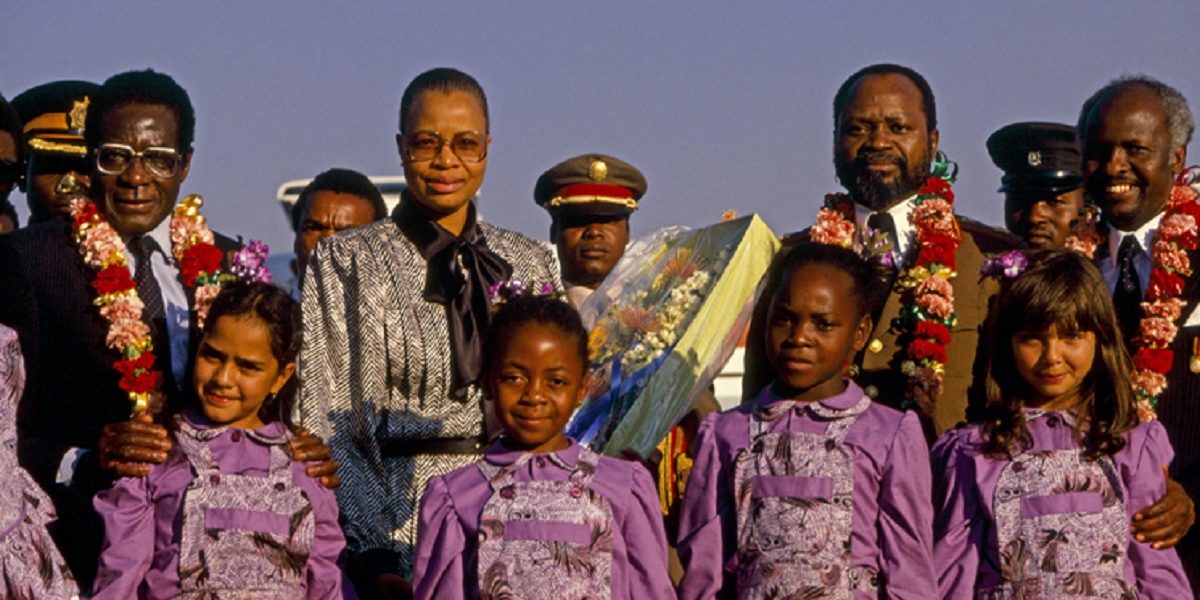 August 1986. Harare, Zimbabwe. Mozambican President Samora Machel and his wife Graca are welcomed to the Non-Aligned summit in Harare by President Banana and Prime Minister Robert Mugabe (left) . Two months later, on October 19, 1986, President Machel along with many of his cabinet traveling with him were killed when their plane crashed over South Africa’s eastern border. subsequently, in 1998, Mrs. Graca Machel married President Nelson Mandela of South Africa. (LG 170.tif)

Graca Machel, the widow of the late South Africa president, Nelson Mandela has said that the legacy of the late founding leader of Zimbabwe, Robert Mugabe must be honoured. She said that Mugabe was instrumental in shaping the African continent and SADC region and Zimbabwe in particular. Her remarks follow the passing on of Mugabe in the early hours of Friday in a hospital in Singapore where he was receiving treatment.