The African National Congress mourns the passing of our brother Comrade President Robert Gabriel Mugabe, who passes away having devoted his life to the service of his country and his people.

… The life of Comrade Robert Gabriel Mugabe came to epitomise the new African – who, having shrugged off the colonial yoke, would strive to ensure his country took its rightful place amongst the (comity) of nations: firmly in charge of its own destiny.

Below are screenshots of the statement: 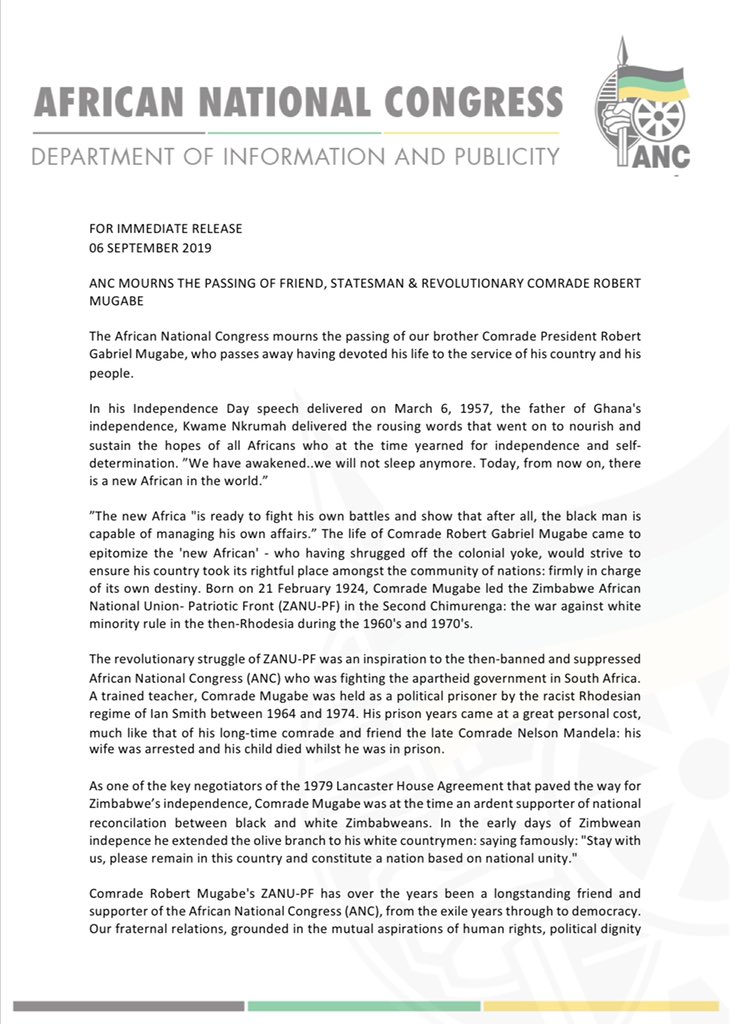 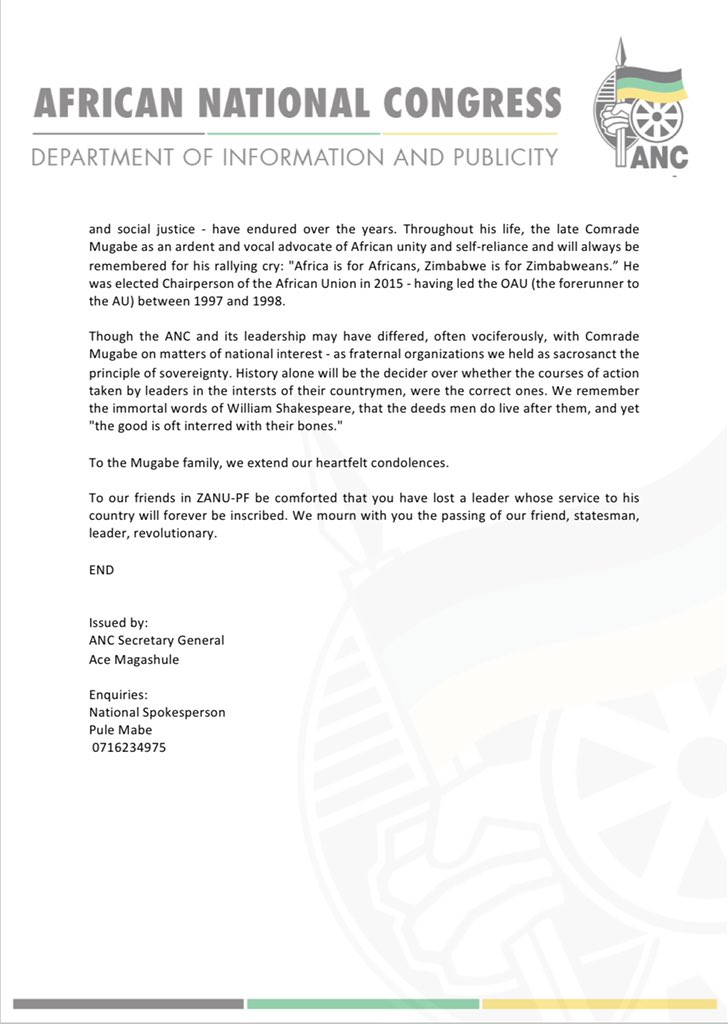