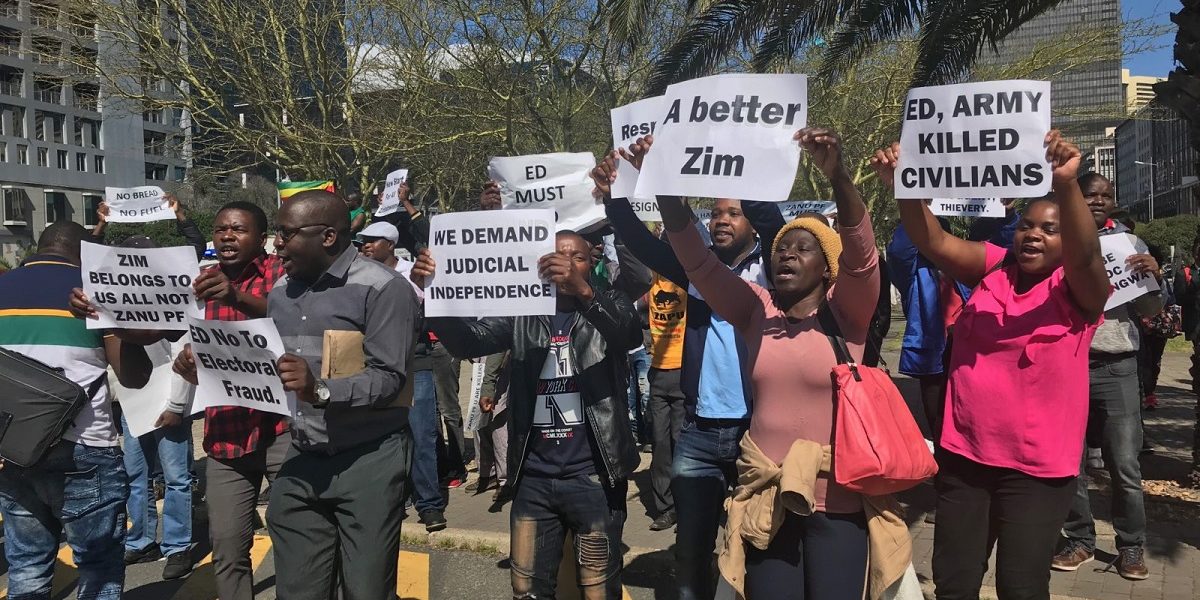 Members of the two opposition parties are said to have been mobilising supporters since last week to demonstrate at the meeting that runs from 4 to 6 September.

The parties said that it was time Zimbabweans started showing bravery against the government which they accused of failing to look after its people. 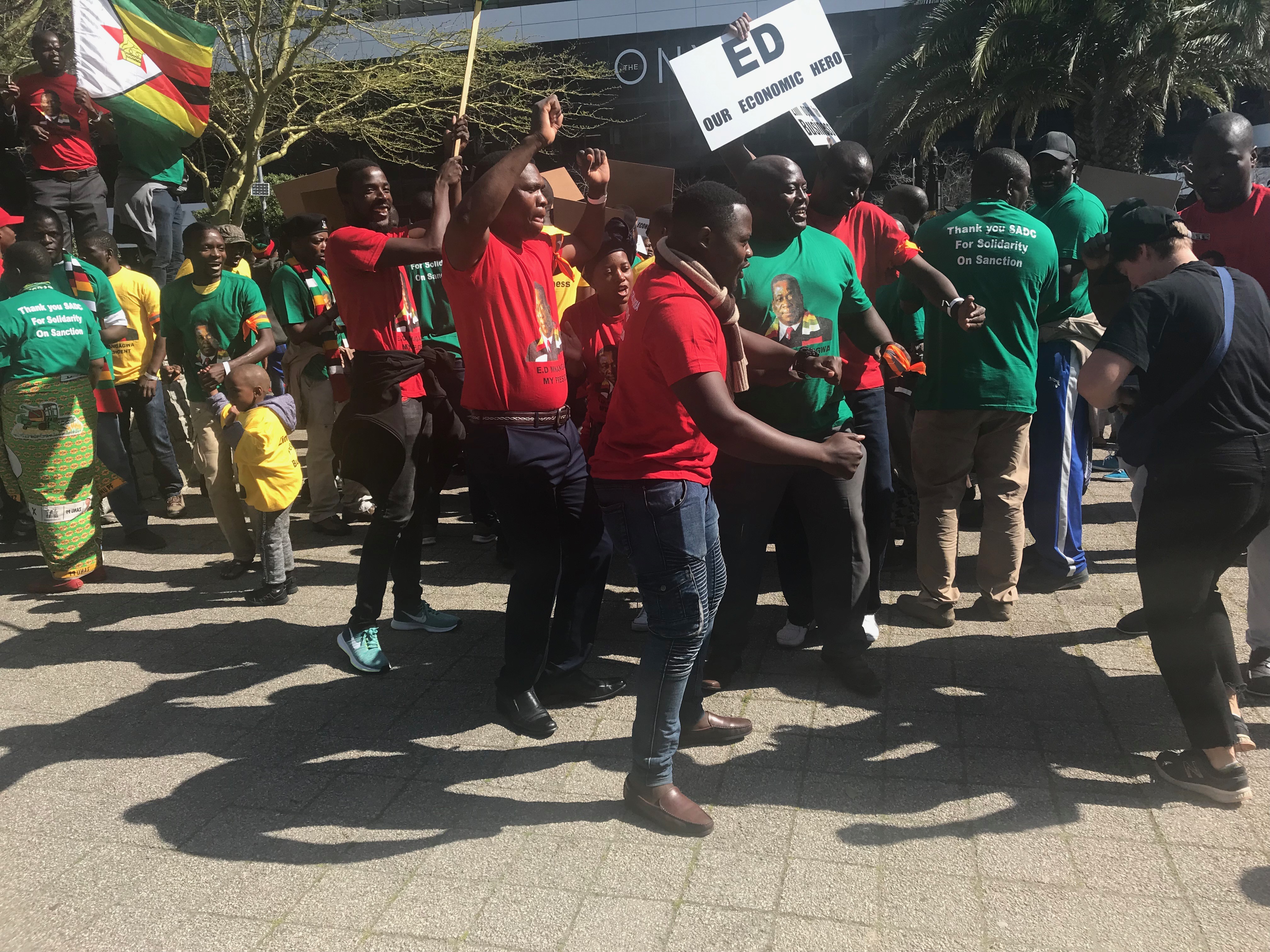 Meanwhile, MDC and ZAPU supporters held placards branded “Zanu-PF you are killers and thugs, ED army killed civilians, we demand judicial independence and Zim belongs to all not Zanu-PF”.

The MDC says that the team that was in solidarity with president Mnangagwa constituted of people who did not reside in South Africa.